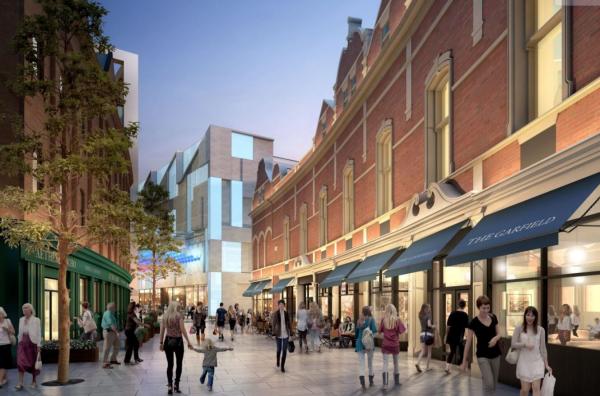 Westgate Oxford Alliance, a joint venture between Landsec and The Crown Estate, have opened Westgate Oxford, a 800,000sq.ft retail and leisure destination in Oxford city centre.

The £440 million development, which is 93% pre-let or in solicitors’ hands, is anchored by a 140,000sq.ft John Lewis and includes stores from Uniqlo, Primark, Ted Baker, Victoria’s Secret Pink, MAC and Tommy Hilfiger.

Westgate Oxford is one of the most sustainable retail destinations in the country. An energy loop delivers heating and cooling to shops and restaurants, using air source heat pumps in place of conventional boilers. This system avoids the use of natural gas, keeping costs down for retailers and reducing reliance on fossil fuels.

Scott Parsons, MD, Retail at Landsec said, “In Westgate Oxford, we have embraced the challenge of creating a sustainable development that meets the changing demands of modern customers while being sympathetic to the setting of an historical city.

Hannah Milne, Director of Regional Retail at The Crown Estate, said: “We have worked hard with our partners at Landsec to design Westgate with the whole of Oxford in mind and created the largest retail development to launch in the UK this year.”

Four different architects worked closely with masterplanners, BDP, to create distinct blocks of the development, drawing inspiration from the surrounding areas. Glenn Howells Architects was influenced by the Bodleian Library, while Panter Hudspith Architects took its inspiration from typical Oxfordian architectural features such as the impressive colonnades. Allies and Morrison drew on the evocative oak panelling in several college dining rooms and Dixon Jones, responsible for the Bonn Square façade, looked to Campion Hall on nearby Brewer Street.

The proposal, if approved, will require demolition, redevelopment and part change of use to create a mixed use development including that above and also car parking, associated access, servicing and circulation arrangements; an energy centre; the creation of new streets, the reconfiguration of Writers Square, public realm works, landscaping and associated site and road works. The application also proposes works to alter listed buildings, restoration of retained listed buildings and facades and partial demolition of North Street Arcade, retaining its facades.

The 269,097 sq ft Life and Mind Building will provide research facilities to 800 students and 1,200 researchers at the University of Oxford. Financed and developed by...