Gas - Not a Laughing Matter for Evacuated City Workers 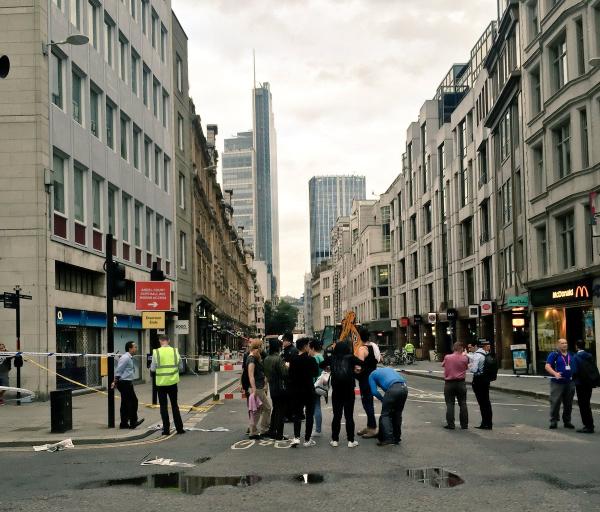 According to the online version of City AM, London Wall was still closed to east-bound traffic on Wednesday 27 as gas engineers continued to work on a gas leak which had affected a huge area and hundreds of workers in the City of London on the afternoon of Tuesday 26.

Hundreds of office workers in and around London Wall were evacuated along with bar/cafe/coffee house staff and customers. The normally busy financial area became like a ghost town. People then faced problems last night as the area was cleared and access to Moorgate, Liverpool Street and Barbican tube and rail stations was denied.

The London fire Brigade was called at about 4:00pm on Tuesday 26 afternoon and the area was declared safe at about 9:15pm.

It is thought that the leak was reported when the smell of gas was detected in the basement of a coffee shop. Gas engineers were called and one fire appliance stayed on standby.

Picture: This town, coming like a ghost town - in and around London Wall in the City of London after a major gas leak saw the area evacuated - with thanks to Twitter's Yoni@Arbelix, London 999 Feed and Michielwil 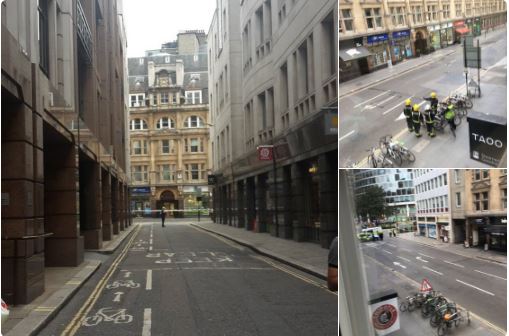 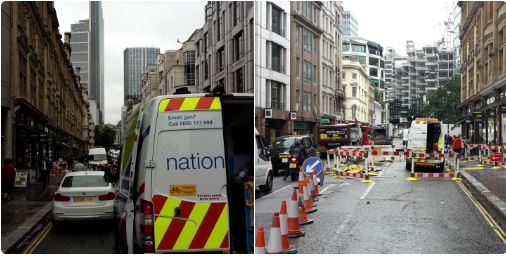 The security nightmare of an armed intruder on the premises of a retail/shopfront estate struck in Nwcastle on Friday June 9 with a knifeman holding Job Centre employees...