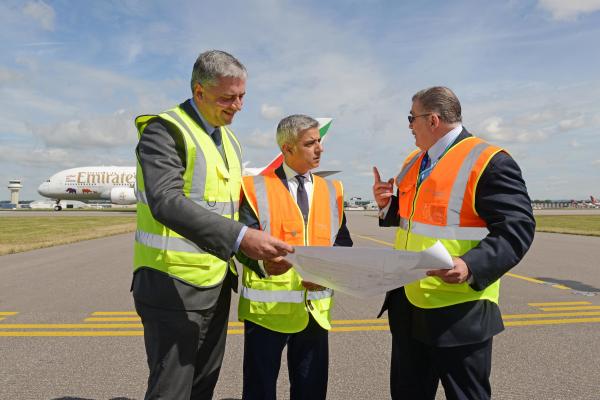 London Gatwick’s management has decided to press ahead with an additional £200 million in its investment programme to a total of £2.5 billion since it went into private ownership in 2009.

Since coming into private ownership in 2009, Gatwick has grown from 31 million annual passengers to 41 million annual passengers which is 10 years ahead of industry predictions and forecasts. Gatwick Airport management insists it could not have achieved this rapid and record growth without huge investments in infrastructure, systems, and improvements to the passenger ‘experience’.

The extra money will be spent ‘transforming, revitalising and improving the existing airport’, according to the announcement of added funding. Some of the projects identified in the new Capital Investment Programme (2016 to 2021) announced include:

Gatwick has already completed work to transform Pier 1 in the South Terminal – including a modern baggage system and early bag store – and the current North Terminal development programme that has resulted in what is claimed to be the world’s largest self-service bag drop and check-in area.

The management has also identified some new projects which will provide the additional capacity for future passengers while a decision on expansion is awaited.

The new Mayor of London, Sadiq Khan, attended the formal announcement at the airport and made clear where the government should give its final endorsement. “Gatwick is the front door to London for millions of visitors to our city and I salute its decision to spend another £200 million on improvements to the airport,” he declared. “The new Prime Minister [Theresa May] has a very important decision to make regarding new airport capacity, and I urge her to rule as swiftly as possible in favour of a second runway at Gatwick, which would bring substantial economic benefits.”

Gatwick Airport CEO Stewart Wingate stated that as Gatwick rapidly approached full capacity, the increased investment would pave the way for its second runway project. “As we enter a new era for Britain, we must be agile and decisive as a country to show the world that we are open for business,” he insisted. “It is now clear that only Gatwick can deliver the runway Britain needs to boost international competitiveness and trading links at a time when it is most needed and we can do that before 2025.”

V Formation - Vinci Flies In As Gatwick Forms-up For Expansion

29 business organisations representing over 25,000 companies have come out in support of Gatwick’s growth plans just as VINCI Airports has taken a 50.01% stake in...