Gender Equality in the Washroom 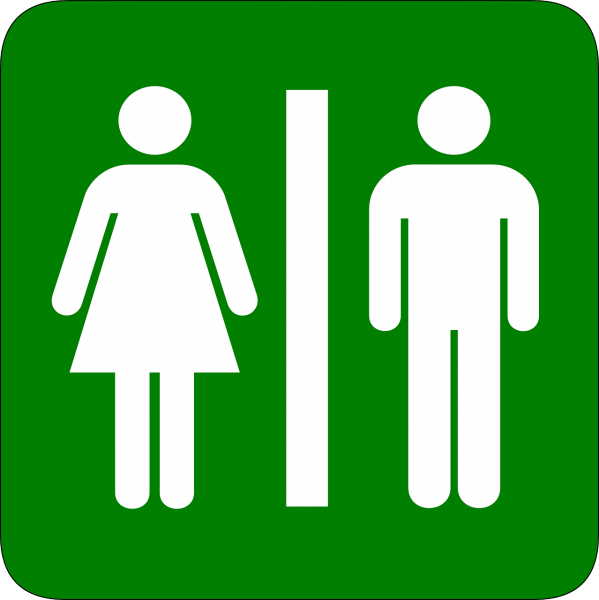 Unisex toilets have become increasingly common at universities all over the UK and with the concept gaining in popularity throughout other institutions, facilities managers across all sectors can expect increased enquiries about gender-neutral washrooms as the year goes on.

Here, we discuss the advantages of planning to incorporate gender-neutral toilets and advise on what to be aware of when installing such facilities.

Why make your washrooms unisex?

Commonly, women tend to take longer when going to the bathroom; they pee while sitting down, their clothing (such as tights) take longer to remove, and they also have to manage feminine hygiene practicalities - which, additionally, means more frequent trips to the bathroom.

However, despite this, men’s and women’s restrooms are usually equal in size, with an equal number of cubicles. Considering women don’t even have the choice of using urinals, this seems more than a little at odds with reality.

In fact, lengthy queues for lady loos have become so accepted that they now form part of the cultural narrative, with patronising jokes about how long it takes women to go to the toilet echoing around public spaces all over the world.

Unisex bathrooms, though, would solve this issue and help form a sense of ‘potty parity’, removing the ludicrous notion that women should accept enduring uncomfortable waits before being able to use the facilities.

Gender-neutral toilets would also help transgender people, as they often face unwarranted hostility when deciding which bathroom to use. Such facilities would also remedy the dilemma parents face when agonising over whether or not to accompany children of opposite genders into toilets.

Finally, unisex washrooms are also cheaper, as serious square footage can be freed-up for better, more profitable usage. While shared facilities will have to be larger to accommodate extra users, having a single block will inevitably save space when compared to two separate blocks.

So, in reality, how would a gender-neutral washroom be different to an ordinary block of toilets? As a general rule, you should check Part M of the Building Regulations for the recommended size of each toilet cubicle, and HSE guidance should be consulted on the number of toilets per person:

It should be noted that Building Regulations state bathrooms with four or more toilet cubicles should have at least one larger cubicle for disabled people. You must also provide disposal bins for sanitary towels in every stall. Depending on client requirements, you might also need to provide baby changing facilities.

You may think that installing urinals is not an option for unisex bathrooms, but they can help reduce queuing times for female users, and cut down the risk of unsightly ‘spills’ on toilet seats. To maintain the modesty of urinal users, a simple privacy screen between units is advised, or you could even hide them completely from view using a partition wall.

Regarding hand washing, you should aim to install trough sinks, as these will be better than individual basins due to the higher number of potential users. You might even wish to explore the possibility of a communal zone for hand washing, a tactic that has been proven to increase the likelihood of people actually washing their hands.

A 2015 survey found that 10% of people admitted to only washing their hands once a day, making UK workplaces among the most unhygienic in the world, but shared facilities certainly encourage better behaviour.

We’re slowly waking up to gender equality issues that have raged on for far too long, and gender-neutral bathrooms certainly make sense in many ways.

By Paul Thorn, who is part of the team at Washware Essentials, developing innovative restroom solutions - including unisex washrooms - for over 20 years.

How Smart Tech Can Help Employee Confidence When Returning To Buildings

It has become gradually clear over the last few months, that the buildings we are returning to, whether that’s as employees or visitors, are radically changed...

COVID-19 is affecting how we all use buildings and will continue to do so even once lockdown measures are lifted.  As more information on how the virus is spread...

Lanes Goes Down The Drain

Oh Dear What Can The Matter Be, 400 Days Stuck In The Lavatory

We spend 400 days in a washroom over our life-times, writes Neil Court. Shouldn’t it be a good experience when we go? Well maintained public washrooms have...

Cummins - Very Pleased to See You

Savortex, for its IoT and advertising hand dryers and Augean Integrated Services for its food waste service, have both been given Successful Innovator status by...