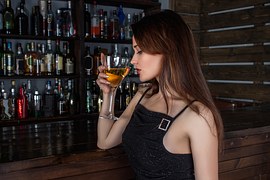 International analysis shows women are catching up with men in terms of their alcohol consumption and its impact on their health, says a report published in the online journal BMJ Open.

Historically, men have been far more likely than women to drink alcohol and to drink it in quantities that damage their health, with some figures suggesting up to a 12-fold difference between the sexes. But now evidence is beginning to emerge that suggests this gap is narrowing.

Among the 42 studies that reported some evidence for 'sex convergence', most indicated that this was driven by greater use of alcohol among women and 5% of the sex ratios were less than 1, suggesting that women born after 1981 may actually be drinking more than their male peers.

The researchers concluded: “Alcohol use and alcohol use disorders have historically been viewed as a male phenomenon. The present study calls this assumption into question and suggests that young women in particular should be the target of concerted efforts to reduce the impact of substance use and related harms.”

Picture: Women born after 1981 are drinking as much or more than men according to the BMJ

Change The World - One Smile At A Time

October 6 - and would you believe it, World Smile Day is here...so go on have a grin why don't ya? It was Harvey Ball who drew the first famous yellow smiley face in...