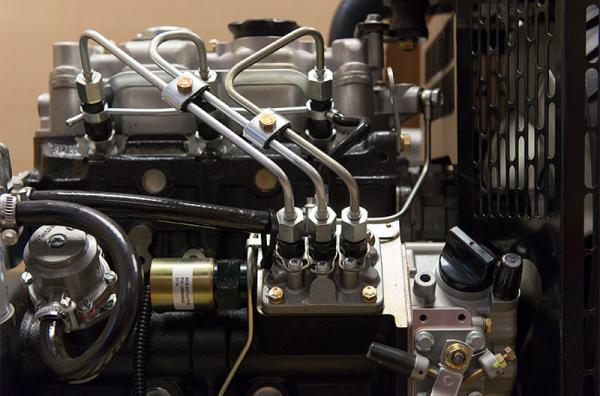 A variable speed generator power system has been launched by Energy Solutions.

Designed and built by the company’s in-house engineering team, the unit is the result of 14 months of development to address the increasing market demands for quiet power with economical generator use.

The units offer variable power from the built-in generator that can run at any level between 900rpm-2,000 rpm. There are two principal benefits – if power demand is only low the unit can run at just 900rpm and fewer revolutions mean the generator is using less fuel and creates less noise? Secondly as the unit is not going to be worked so hard,  it will only be powering at the level required, thereby increasing the interval between generator services and renewals.
As power demands increase the generator will increase its rpms to deliver the capacity needed and reduce again as required. For periods of very low load, e.g. during the night, the system will use the power stored in the batteries, giving silent power when most needed.

There are two variations of the unit – the VariPower 10 is designed for the off grid power market as an all in one, static source of affordable, quiet power. VariPower 20 has been built to be a deployable, transportable power system for applications where instant, temporary power is needed.
“We already have a large presence in the off grid power market but we have been approached on numerous occasions for a product which incorporates the generator within the system,” stated Paul Holland, MD, Energy Solutions.

A new Universal Hybrid Power Unit was launched at this year’s Executive Hire Show on February 7 in Coventry.   Off Grid Energy, a manufacturer of power...