Give Us a Lift with This? Relocation Firm Asks Planet First for Sustainability Help 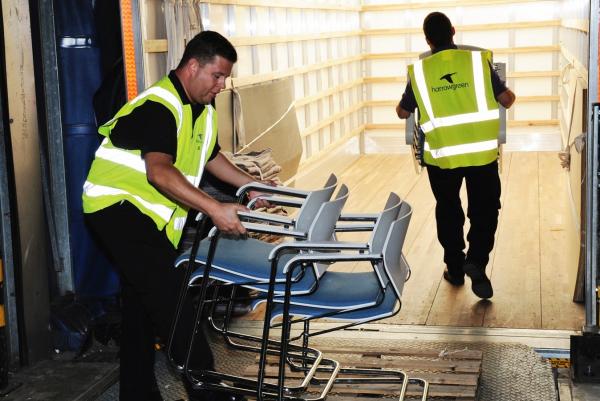 Specialising in business, IT and international relocation, as well as storage, recycling and reuse services, Harrow Green is working towards The Planet Mark sustainability certification and committing to an annual carbon footprint reduction target of 5%. By doing so, it believes it will demonstrate its improvements in carbon as well as its involvement with customers and suppliers.

Through The Planet Mark certification, Harrow Green is also supporting the Eden Project, the UK's leading sustainability education centre. A proportion of all The Planet Mark’s certification fees (10%) are used for the development of sustainability educational materials and workshops for school children and young people, as well as development training programmes, both off-site and at the Eden Project in Cornwall.

Certification is anticipated to take 2 weeks. Harrow Green is in the process of entering information on Planet First’s online sustainability platform, powered by CloudApps. This brings together data for the business, including electricity, gas, vehicle fuel, water and employee travel. Planet First will then provide an accurate carbon footprint for Harrow Green and supply a wide ranging package of toolkits and communications to help them achieve annual reductions in carbon emissions.

Steve Malkin, CEO of Planet First, complimented Harrow Green for going beyond business as usual: “Harrow Green provides an extremely valuable service to extend the life of furniture that could otherwise end up in landfill. As well as helping other organisations take responsibility for the chain of custody associated with office furniture, it is is working towards The Planet Mark to ensure that the rigour of their services is matched with their own sustainability ideals.”

Work on a 1,200 ton winery in the South Downs is due to finish in September 2014 as the estate prepares to welcome the first round of seasonal workers all of whom will be...