Giving a Lift North of the Border 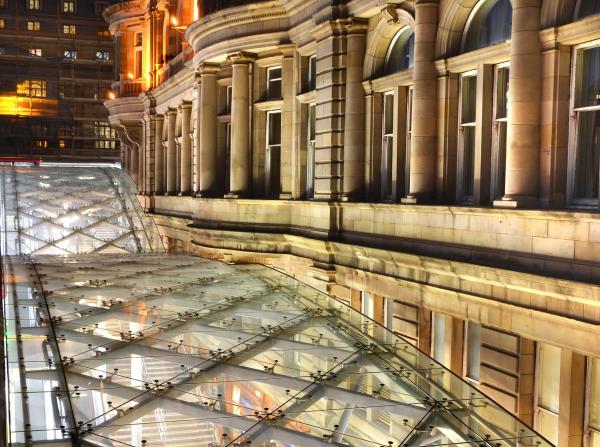 Glassolutions played a key role in a £9.5m project to upgrade the famous Waverley Steps between Edinburgh station and the Scottish capital’s city centre.

Prior to the access improvement programme, The Steps were fully exposed to the elements and aesthetically ‘unremarkable’. Architect, Jefferson Sheard, was commissioned by Network Rail to design the new structure, taking into account the Grade A listed status of the station and the fact that the steps stand at the heart of a world heritage site.

As well as providing lifts and escalators, extensive glazing in a self-supporting fully-glazed structure utilising advanced glass technology was used from GLASSOLUTIONS.  The result is a ‘light-touch’ structure which does not interrupt the surroundings.

York Art Gallery has had two ornate Victorian columns restored back to their former glory as part of the continuing refurbishment project at the venue.   The...