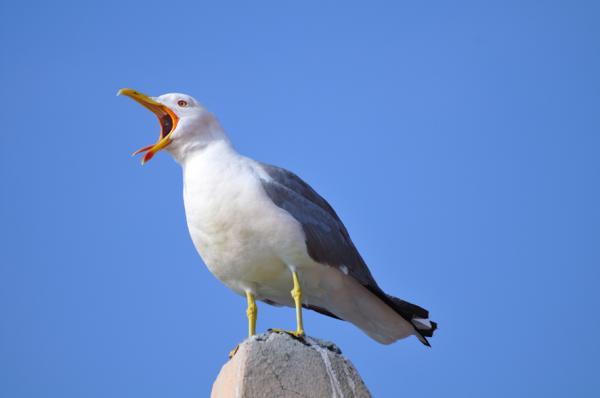 One of the country’s leading experts on gull control is warning that the current spate of gull attacks across the UK will only increase if action is not taken by more local authorities and businesses.

Already this summer, a teenager has been air-lifted to hospital, a four year old was lucky not to lose an eye and a blind woman is too afraid to walk to work - all the result of gull attacks.

Whilst measures to deal with problem birds become more limited once gulls have established a territory and laid eggs, John Dickson, MD and founder of NBC Environment is urging organisations to take preventative steps during the autumn months to mitigate gull issues for next year and protect the public.

Gulls have adapted to scavenge from landfill sites and waste bins. This brings them further inland and into direct contact and conflict, with people:

All UK birds are protected by the Wildlife and Countryside Act 1981, making it illegal to kill or injure a bird or to move or destroy an active nest. Whilst gulls are increasingly being acknowledged as ‘pests’, even the familiar Herring Gull has amber protected status, despite the fact that the gull population is increasing and rooftop nesting has quadrupled over the past 15 years.

“Gulls often return to the same nesting spot, year after year, bringing their offspring with them,” explains Dickson. Gulls can live for up to 35 years, start breeding at only three years old and can produce around 30 chicks in a ten year period. As the chicks grow and reach breeding age they may return to the same nesting spot so the number of birds, and associated problems, increases year on year. A colony of gulls will remain at the nesting spot for around six months of the year and once in situ it’s very hard to remove or disperse them.”

For many towns and cities, by September the pain of nuisance gulls is starting to ebb as the birds migrate to other parts. But autumn is the ideal time to plan action to be taken to prevent the same problem occurring next year says Dickson: “It’s possible to discourage gulls from nesting at a particular site on a permanent basis, by modifying patterns of gull behaviour, reducing breeding and deterring colonies from returning to their habitual nesting spots. A successful control programme taps into gulls’ natural instincts. For the bird, the key motivator is self-preservation and they choose a nesting site based on its benefits to them. If a regular nesting area can be made less attractive, inaccessible or more risky for a gull, they will be less likely to select it.”

Once adult gulls and fledglings have left nests, buildings can be proofed using deterrents such as lasers, netting, barriers and taste aversion gels. Birds select different areas for different purposes – resting, roosting and nesting – so different proofing techniques can to be employed.

Whilst it is illegal to remove eggs or disturb nests, there are exceptions to enable gull control. Under certain licence conditions - depending on the risk, the gull specie, and the timing of the gull management plan – specialists are able to employ breeding control methods. This can include nest removal or replacing eggs with replicas within a specific time-frame.

Dickson concludes: “Each year we see gull horror stories in the press and all-too-often in the same locations. Unfortunately there seems to be an attitude that attacks are isolated incidents. They are not: the risks grow each year in direct relation to the size of the gull colony.

“In terms of solving this problem it seems that we’re at a stalemate. Businesses expect the local authority to deal with the problem but are unwilling to take on any responsibility of their own. This generally means action won’t be taken until there’s a critical mass of complaints.”

Picture: Main - a gull. Below - something more interesting

Pest control may undergo major innovation following the discovery of the gene responsible for giving insects their waterproof coating, which protects them from microbes...

Rentokil Initial, Google and the PA Consulting Group are to collaborate to deploy Rentokil's digital pest control products globally. The collaboration is said to...

Shield Pest Control has launched an electronic reporting management system with all the company's field technicians now working with the latest PDA handheld...