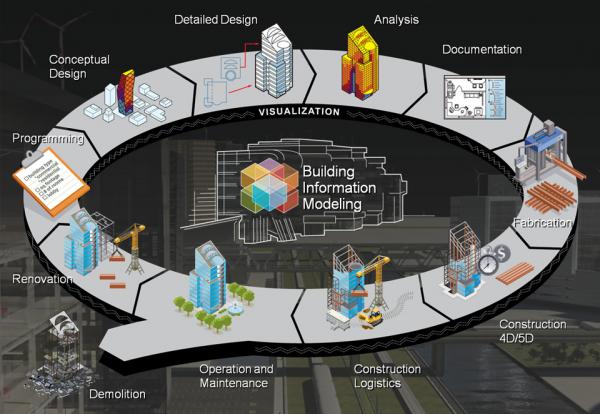 A survey of construction professionals has shown that a big majority do not believe the industry is ready to meet mandatory BIM Level 2 requirements next year.

The findings come from research conducted by UK Construction Week in partnership with BRE, the leading authority on the built environment.

Just over 74% of respondents think the industry will fall short of this target which is due to come into effect for all procurement projects from central government and its agencies next year. A further 62% of respondents replied that they do not understand what is needed in order to meet the requirements of BIM Level 2.

The research questioned more than 1,200 architects, contractors, developers, engineers and product manufacturers about their experiences of BIM and revealed a number of uncertainties throughout the industry. In particular, it uncovered a ‘tension’ between the expectations of the specification community and the perceived demand for BIM-compliant products by manufacturers and suppliers.

Nearly 71% of the non-manufacturing respondents believe that suppliers are not moving quickly enough to provide BIM ready information.

This figure appears to be borne out by the survey results, with two thirds of the building product manufacturers contacted by UK Construction Week stating their products are not yet available as BIM objects. Conversely, when questioned about the main obstacle to creating BIM-ready components, 41% of manufacturers said there is ‘simply not enough demand for this from their customers’.

Looking at the barriers to more widespread adoption of BIM and the most cited challenges are a lack of in-house expertise (25%), inadequate understanding within the supply chain (15%) and limited time to commit to training (14%). Overwhelmingly, 96% of respondents replied that there is a need for greater support and training in BIM. The research found that only 23% of respondents admitted to ‘actively seeking out’ employees with existing BIM skills, while the remainder either do not have the requirement for this yet, or are prepared to provide training to new recruits.

Overall however, acceptance and adoption of BIM appears to be on the increase with the majority (85%) of respondents claiming that its introduction is a positive development for the industry. Only 16% of the sample have never used BIM and have no plans to do so, while the remainder are already active or are preparing to embark on BIM projects in the near future.

“The creation of accurate, complete and unambiguous information delivered from a single source is a fundamental principle of BIM,” stated Paul Oakley Associate Director, BRE commented. “It is therefore somewhat ironic that the industry has to struggle with multiple sources and levelled information in order to ascertain the requirements for BIM Level 2.”

Picture: Back to the drawing board? The diagrams may see clear enough but 66% of industry professionals do not think the UK will be ready for the mandatory introduction of BIM Level 2 in 2016

Willmott Dixon Interiors has completed a Category B fit-out of 39 Victoria Street for the Department of Health (DoH), providing a new head office environment. The...

Boom for BIM - Construction Firm Gets Ahead of the Pack

In preparation for Building Information Modelling to become mandatory on all government funded projects, Carillion has been working collaboratively to an effective BIM...

The BIM4FM group has released a full summary from its BIM survey which reveals current view and perceptions about Building Information Modelling. Geoff Prudence Chairman...