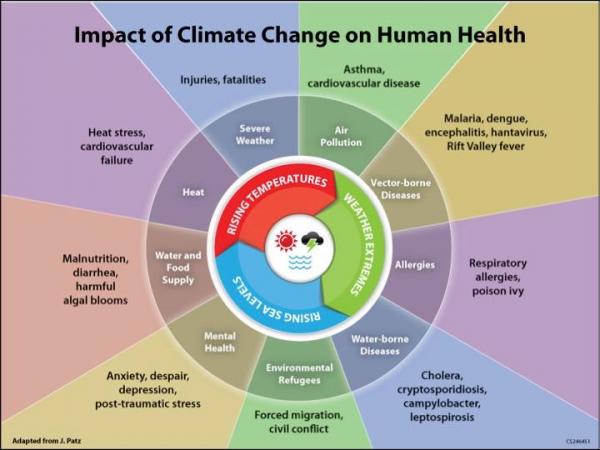 The World Meteorological Organization has published a detailed analysis of the global climate 2011-2015 – the hottest five-year period on the instrumental record.

Reacting to the report’s publication Professor Peter Stott, of the Met Office, said: “It is widely known that 2015 was a record year for global surface temperature but this report shows that it wasn’t just an isolated event as the other four years leading up to 2015 contributed to the warmest five-year period on record.

“The period is notable for extreme weather and climate events, from extreme UK rainfall during the 2013-14 winter, to drought in 2014 in East Africa. 2015 also saw atmospheric concentrations of carbon dioxide pass the iconic threshold of 400 parts per million for the whole year at the Mauna Loa recording station in Hawaii and the first time when global annual surface average temperatures rose to 1°C above pre-industrial levels.”

The Global Climate 2011-2015 also examines whether human-induced climate change was directly linked to individual extreme events. Of 79 studies published by the Bulletin of the American Meteorological Society between 2011 and 2014, more than half found that human-induced climate change contributed to the extreme event in question. Some studies found that the probability of extreme heat increased by 10 times or more.

“The Paris Agreement aims at limiting the global temperature increase to well below 2° Celsius and pursuing efforts towards 1.5° Celsius above pre-industrial levels. This report confirms that the average temperature in 2015 had already reached the 1°C mark. We just had the hottest five-year period on record, with 2015 claiming the title of hottest individual year. Even that record is likely to be beaten in 2016,” said WMO Secretary-General Petteri Taalas. “The effects of climate change have been consistently visible on the global scale since the 1980s: rising global temperature, both over land and in the ocean; sea-level rise; and the widespread melting of ice. It has increased the risks of extreme events such as heatwaves, drought, record rainfall and damaging floods.”

The WMO will release its provisional assessment of the state of the climate in 2016 on 14 November to inform the climate change negotiations in Marrakech, Morocco.

All at Sea as Levels Continue to Rise

Following the disastrous typhoon in the Philippines, a report this Wednesday states that continuing high temperatures globally and many climate extremes worldwide, are...