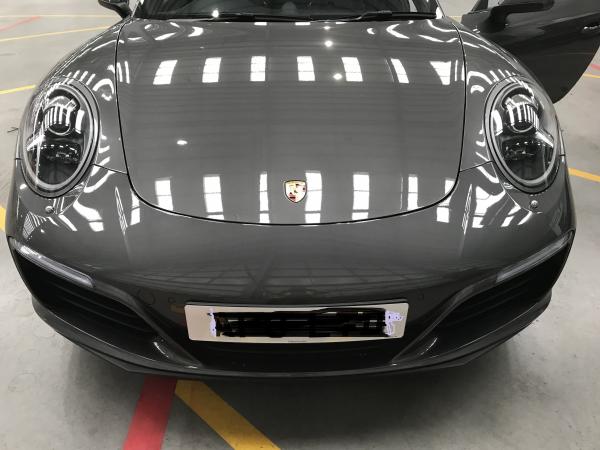 A luxury sports car worth £100,000 has been recovered using a covert device after being stolen from a repair centre in Birmingham, amid increasing car thefts across the UK.

Despite the Porsche having its conventional telematics device removed and being fitted with a cloned licence plate to make it nearly untraceable, a covert device fitted by fraud and theft experts, Asset Protection Unit, (APU) managed to recover the prestige vehicle; other vehicles stolen at the same time and place are still missing.

With 40 police forces in England and Wales recently revealing that car theft was up 30% from 2013, the theft also represents a case study of how criminals are finding such success on UK roads.

The pricey Porsche 911 was in a Birmingham repair centre on Friday September 27 2017 and nearby CCTV evidence show the car was stolen that night at 9:47pm, along with three other prestige vehicles.

Using the covert device still in place and alongside its team of data experts and former police officers, APU located the car stashed in a hotel car park in Coventry just two days later.

The theft took place as the Metropolitan Police announced new guidelines for ‘low-level’ crime in response to funding cuts. While it is not yet a UK-wide policy, the changes mean the Met Police often won’t investigate crimes including vehicle theft.

Neil Thomas, Director of Investigation at Asset Protection Unit Ltd, commented: “This latest incident is worrying evidence of thieves becoming increasingly savvy. When organised gangs of thieves go to these lengths it can make tracking and recovering the vehicles almost impossible.

“Luckily for the owners, the recovery represents a rare victory against theft of this type, thanks to some of the technology fitted. This shows that motorists can’t be too careful with how they secure their car.”

No arrests have been made to date but APU is working with the Police to identify the culprits.

To Track a Thief

Owners are being urged to focus on security as criminals target modern classics vehicles. Car crime in Britain has jumped up by 8% in a year with 81,000 vehicles...

A conman was caught after he stole the identities of innocent people, took out fake motor insurance policies and posed as a care assistant who was the victim of a number...

Dead End or a Clear Road Ahead?

The Road Haulage Association (RHA) has reacted with caution to the announcement of trials by the DfT for the ‘platooning’ of trucks. The term...