Good Over Evil - Diwali Next Week 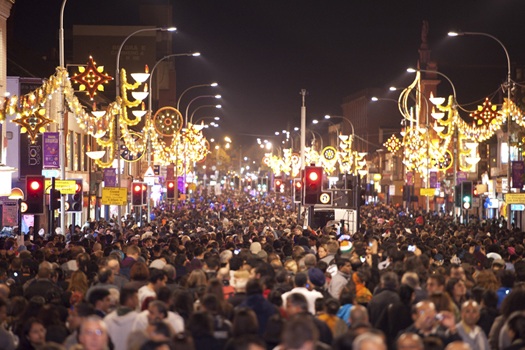 Diwali (also known as Deepavali and the Festival of Lights), is the ancient Hindu festival celebrated in autumn every year.

Originally, it signified the victory of light over darkness, knowledge over ignorance, good over evil, and hope over despair. The festival preparations and rituals typically extend over a five day period, but the main festival night of Diwali coincides with the darkest, new moon night of the Hindu Lunisolar month Kartika.

All appears to be set fair in the UK for festivals all over the country, notably in Belfast, Birmingham, Edinburgh and Leicester. The festival is getting recognised as an occasion for people to travel from abroad with airplane companies like Lufthansa mentioning it in its promotions.

Although meant to take place on Thursday, 23 October, London had its Diwali festival in Trafalgar Square last Sunday. London Mayor, Boris Johnson, acknowledged the importance of the festival. “It promotes powerful messages of peace and mutual respect that should resonate with Londoners, as well as holding huge significance for Hindus, Sikhs and Jains.”

Pictured: The Diwali Festival has become a national event in the UK and will be celebrated in many towns and cities

On Friday 5 November 2021 an uncontrolled crowd surge took the lives of several people at a festival in the US. Could this accident have been avoided through competent...

Eid al-Fitr - the period that marks the end of Ramadan occurs between Tuesday June 4 and Wednesday June 5. The exact time is announced according to the sighting of a new...

The Diwali Festival in Trafalgar Square brings together thousands of Hindus, Sikhs and Jains alongside people from other communities in celebration of the ‘festival...