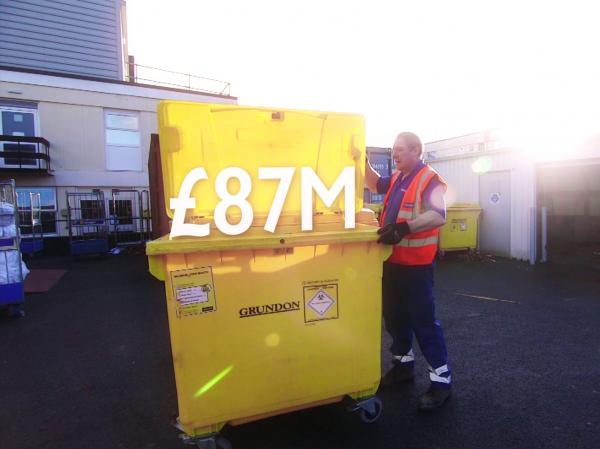 Working in conjunction with Axion Consulting, the British Plastics Federation has stated that its PVC take-back scheme is now operational in seven hospitals.

By collecting these items, the scheme helps avoid certain medical devices unnecessarily ending up in clinical waste which would otherwise be sent for incineration. Instead these items are recycled into products for the horticultural industry, e.g. tree ties, promoting a circular economy and reducing waste in this sector.

As of March 2016, the BPF reports that the scheme has recycled over 830kg of PVC medical waste, operating at the seven hospital sites. Two hospitals that have given permission for publicising the scheme are Frimley Health NHS Foundation Trust and Queen Victoria Hospital NHS Foundation Trust. Both have been trialling the recycling scheme since December 2014 in their recovery units.

Queen Victoria (QVH) has approximately 1,000 elective operations per month. All the patients pass through the one recovery ward where the RecoMed collection bin is. Using the scheme means that 1,000 masks and 1,000 tubing sets can be potentially be recovered per month (as long as there are no bodily fluids in the mask or tube).