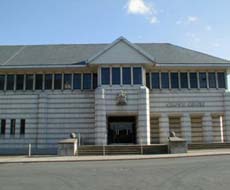 Incentive Lynx Security has secured its status as an SIA ACS-approved contractor, recording its highest score to date, which places the company in the top one per cent of security service providers within the UK.

Meanwhile, a security company is having its Approved Contractor Scheme status withdrawn following convictions at Doncaster Magistrates' Court - pictured above.

Project Security UK Limited (Project Security) of Lazarus Court, Doncaster and its two senior managers were convicted for security offences on 27 November. As a result, the Security Industry Authority has made the decision to remove the company's ACS status.

In March 2013, the SIA received intelligence about an unlicensed security guard working for Project Security. A formal request for information made by SIA investigators to the security company was returned with names of licensed security operatives.

Further enquiries revealed that the names given by Project Security were different to the names of those working at the sites in question. SIA investigators discovered several other security guards were working illegally from June 2011 to March 2013.

Bran was convicted for three offences of supplying unlicensed security guards. He received a Community Order for 100 hours of unpaid work. Bran was ordered to pay costs of £1,000.

In sentencing Bran, the District Judge said: "This offending has gone on for a lengthy period of time and in that time there was a warning issued which is an aggravating factor."

Smithurst was convicted of providing false information to the SIA. He received a Community Order for 100 hours of unpaid work. Smithurst was also ordered to pay costs of £1,000.

In sentencing Smithurst, the District Judge said: "your offence has the element of dishonesty as well which I view as more serious; therefore I'm imposing the same penalties." He continued: "Counsel sought to seek financial penalties; however, these are serious offences. The legislation was set up for a purpose which is to protect the public. These offences are not just dealt with by means of a fine but can even lead to imprisonment."

Head of Investigation, Nathan Salmon said: "I am extremely pleased with the outcome of this investigation. Project Security UK Limited was an ACS company and its customers should have expected a quality service. The director allowed standards to slip and offending was identified. This matter was further aggravated by its operations manager who falsely provided the SIA with names of licensed guards in an effort to conceal the two years of offending.

"This prosecution demonstrates that the SIA will take robust action against offending ACS companies in order to protect the integrity of the scheme."

Project Security UK Limited has 21 days to appeal the decision to court.

Incentive Lynx Security is security arm of the Incentive FM Group. It recorded an SIA ACS score of 140, achieving the  marks in such areas as strategy, processes, financial management and corporate social responsibility. This score saw an improvement of 14 points on top of last year’s total of 126. The has customers that include: European Bank for Reconstruction & Development, IPC Media, Broadgate Estates, Land Securities, Knight Frank and James Andrew RSW.

SIA ACS is the recognised performance standard for the security industry. The standard applies to the processes that manage and control an organisation's services and prescribes systematic control of activities to ensure that the needs and expectations of customers are met.

It is designed and intended to apply specifically to a wide range of services offered by the security industry, including security guarding, door supervisors, CCTV operation, close protection, key holding, cash/valuables in Transit and vehicle immobilisation.

The Private Security Industry Act 2001 requires the Security Industry Authority to establish a 'system of inspection for providers of security services, under which those organisations who satisfactorily meet the agreed standards may be registered as approved, and may advertise themselves as such'.

The objective of the SIA's Approved Contractor scheme is to raise performance standards and to assist the private security industry in developing new opportunities. The scheme is voluntary and was developed in consultation with representatives from across the industry; it only covers those parts of the industry that are regulated by the SIA and the Private Security Industry Act 2001 (as amended). There is a single scheme, with sector-specific approval based on a relevant set of qualifying criteria.

The Security Industry Authority [SIA] has started the revocation process for yet another 129 SIA licences that are linked to alleged training and qualification...