Greed On Stilts - Snouts In Carillion Trough Condemned By Parliament 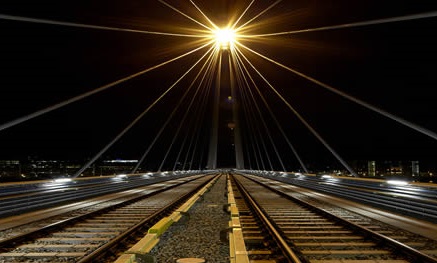 A Parliamentary Committee has described the acts of former Carillion directors as 'greed on stilts', condemned 6.4m in payouts to advisors days before the company collapsed; and called out PwC for its role prior to Carillion's demise and its current role in selling off bits at knock down rates.

The latest sell-off came on March 23 with Austrian firm Powerlines taking the other half of its joint venture with Carillion that undertakes work for NetworkRail.

March 12 saw the Work and Pensions and Business, Energy and Industrial Strategy Committee comment on Carillion's large payments, totalling £6.4million, to City advisors the day before the company wrote a letter to request a £10 million taxpayer bailout. Frank Field MP, Chair of the Committee, said: "With the company teetering on the abyss they had the cheek to try and get the Government to surrender another £160 million of taxpayers' money. The most troubling element of this letter is its demands for an immediate £10 million from taxpayers, the very next day after Carillion shelled out £6.4 million to its illustrious advisers, including the EY restructuring gravy train and half the law firms in the City of London. The smaller suppliers that are the lifeblood of the British economy of course got no such treatment.

"The letter is adorned throughout with Carillion's motto making tomorrow a better place. Perhaps. But better for whom? And, as it turned out, not the day after."

Rachel Reeves MP, Chair of the Business, Energy and Industrial Strategy (BEIS) Committee said: "This 11th hour ransom note lays bare the cynical leadership of the Carillion board. Directors' management ensured that the costs of failure would be picked up by the taxpayer – either from a bail-out or footing the bill for a desperate clean-up operation. Expensive advisers still pocketed millions while workers risked losing jobs and long-suffering suppliers faced financial ruin."

BlackRock's Amra Balic  stated in Parliament (week commencing Mar 19): "It seems that the board was thinking again how to remunerate executives rather than what was going on with the business." A Carillion Remuneration Committee agreed with Balic on Weds 21. The Committee Chair, Alison Horner, said Carillion had set out highly restricted circumstances in which bonuses could be clawed back from directors having taken legal and remuneration advice from Deloitte. Deloitte denied a previous accusation of the same in a letter to the Committee on March 13.

Papers from August 2016 suggested flexibility to increase the maximum bonus opportunity for directors despite shareholder feedback of a growing dissatisfaction with the way that the company was setting its remuneration for senior managers - whilst continuing to pay board members who had been forced to step down.

Frank Field said: "It's greed on stilts, pure and simple." While Rachel Reeves, said: "When the walls were falling down around them, Carillion bosses were focussed on their own pay packets rather than their obligation to address the company’s deteriorating balance sheets. While these directors could still walk off with bonuses intact, workers were left fearing for their jobs and suppliers faced ruin."

Last week (commencing Mar 19) the Committee reported on fees paid out on Friday 12 January to PwC, EY and FTI Consulting – who produced the deeply negative report due to be presented to Carillion's prospective bank lenders days later.  The report explained that on Friday 12 January 2018, the day Carillion's board were attempting to secure an emergency £10 million loan from Government that they seemed to believe would enable them to proceed to save the company they paid out at least £3.1 million in consulting fees. The government refused the loan and Carillion was forced into liquidation 72 hours later.

The Work and Pensions and Business, Energy and Industrial Strategy Committees joint inquiry into the collapse of Carillion has heard from three partners at Pricewaterhouse Coopers (PwC), now acting as Special Managers in Carillion's administration. It has been confirmed there is a pension funding shortfall approximately £900 million. PwC had been advising Carillion on how to manage its pension fund - and its deficits since 2012.

Frank Field MP, Chair of the Committee, said: "PwC had every incentive to milk the Carillion cow dry. Then, when Carillion finally collapsed, PwC adroitly re-emerged as butcher, packaging up joints of the fallen beast to be flogged off. For this they are handsomely rewarded by the taxpayer. They claim to be experts in every aspects of company management. They're certainly expert in ensuring they get their cut at every stage." (it is claimed PwC charge an average of £12,500 a week for every person on the sell-off codenamed Project Rome.)

Field added: "The lessons from BHS, Carillion and the two Philip Greens is that our whole system of corporate accountability is in a mess. The greedy and complacent can take a one way bet with the livelihoods of their workers, their smaller suppliers and the taxpayer. I welcome any move that holds individuals more accountable for their conduct, and strengthens the hand of the little guy as a result."

The Work and Pensions and BEIS Committees have launched a new joint inquiry into the collapse of Carillion, leaving a mountain of debt, potential job losses in the thousands, a giant pension deficit and hundreds of millions of pounds of unfinished public contracts with vast on-going costs to the UK taxpayer. The Committees will be investigating how a company that was signed off by KPMG as a going concern in Spring 2017 could crash into liquidation with a reported £5bn of liabilities and just £29 million left in cash less than a year later.

This inquiry will build on the Work & Pensions Committee's inquiry into defined benefit pension schemes and the BEIS Committee's work on corporate governance.

A spokesperson for the Official Receiver said: "A further 481 jobs have been saved with employees transferring to new suppliers who have picked up contracts that Carillion had been delivering. More than 9,000 employees have now been found secure ongoing employment.

"Regrettably we have been unable to find ongoing employment for a further 123 employees who will leave the business.

In total, to date 9,073 jobs have been saved and 1,705 jobs have been made redundant through the liquidation. This does not include jobs attached to contracts where an intention to purchase has been entered into but has not yet formally occurred. More than 6,400 employees are currently retained to enable Carillion to deliver the remaining services it is providing for public and private sector customers until decisions are taken to transfer or cease these contracts.

PwC the Special Managers as part of Project Rome (the sell-off of Carillion) has declared the following:

The Special Managers are acting as agents of the Carillion Companies and without personal liability and neither they, their firm, partners, employees, advisers, representatives or agents, nor the Liquidator, shall incur any personal liability whatsoever in respect of any of the terms of this notice or the Project Rome sale process, or in respect of any obligations undertaken by the Carillion Companies.

Picture: The electrification of the Midland Mainline and Shotts railway lines are back on track after Austrian owned contractor Powerlines bought Carillion’s 50% stake in its joint venture delivery contractor. The deal will save 300 jobs on the projects, which are worth more than £300 million.

Emma Mercer, Carillion's chief financial officer of just six weeks, is said to be the whistle blower who brought the house of cards tumbling down.   Former...