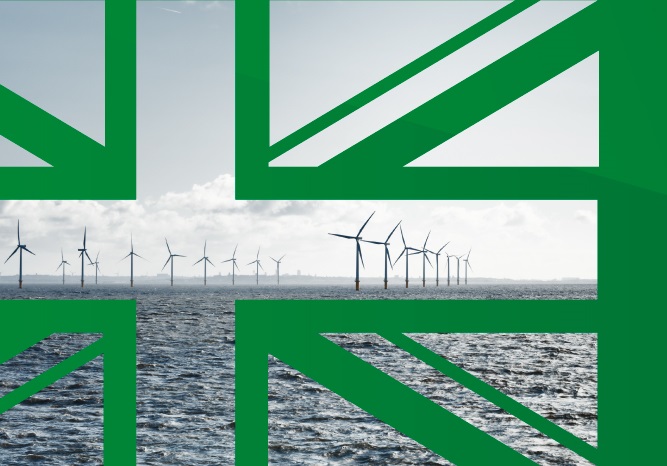 The government week of activity to celebrate Clean Growth has come to an end. Announced in July and working in partnership with business, this first ever Green GB & Northern Ireland Week is expected to run on an annual basis.

The week is designed to highlight the opportunities clean growth offers the UK and raise understanding of how business and the public can contribute to tackling climate change.

The UK has led the world to date in cutting emissions while creating wealth. Between 1990 and 2016, the UK reduced its emissions by over 40% while growing the economy by more than two-thirds – the best performance in the G7 on a per person basis.

Not best known for their green credentials, the Conservative Party has moved to take a stronger stance in government on green growth and committed to follow the global move to cleaner economies through low carbon technologies. According to Minister of State for Energy and Clean Growth, the Rt Hon Claire Perry MP: "This is why we put clean growth at the heart of both our Clean Growth Strategy and the Industrial Strategy through our new Clean Growth Grand Challenge. We want to maximise the economic and industrial advantages of both the global and our domestic shift to clean growth across the whole of the UK."

Monday October 15 marked the start of Green GB &NI Week, with a number of UK-wide events running beyond the end of the week. A diverse range of businesses, civil society groups and government will join forces to tell the story of clean growth and how acting to tackle climate change is a shared endeavour, delivering a week of activity that involves all parts of the country.

The week also marks the 10-year anniversary of the Climate Change Act, while highlighting the business opportunity from clean growth and providing a platform for the latest research on the impacts of climate change. Claire Perry said: "There will be events to showcase the leading role of the UK’s academic community and businesses in new low carbon technologies, innovative financial products and business models that will help us tackle climate change while generating economic growth. It will also provide a focal point to promote British clean businesses to international investors."

On Monday Oct 15, the CBI (again not necessarily known as Green advocates) said they were looking forward to contributing a clear business voice on how the UK can go further in contributing to global efforts.

Tom Thackray, CBI Energy and Infrastructure Director, told ThisWeekinFM: “Every day we receive yet more stark reminders of the impacts of climate change and the action needed right now – across business, governments and society – to ensure global warming does not reach 2 degrees.

“The UK currently has ambitious emissions reduction targets, which have already delivered strong outcomes on the decarbonisation agenda, including uptake in renewable electricity investment and the development of energy efficiency strategies. And we shouldn’t forget that the UK’s emissions have been cut by over 40% from 1990 levels, whilst the economy has grown by over 60%.

Thackray continued: “Businesses are committed to playing their part in the move to a zero-carbon future, ensuring the UK remains a global leader in low-carbon performance but they can only go so far without the correct policy measures to drive investment and change consumer behaviour. The Government and business – across the energy, transport, agriculture, aviation and other sectors – must work closely to ensure policy frameworks support the journey to carbon neutrality, protecting people and systems in the process.

“As we start Green GB Week, we look forward to contributing a clear business voice on how the UK can go further in contributing to global efforts, protecting our land, sea and socio-economic development and averting the catastrophic impacts of climate change.”

Claire Perry will also highlight the economic opportunities of moving to an even greener, cleaner economy. She said: "There are already almost 400,000 jobs in the low carbon economy and this could quadruple to around 2 million, generating up to £170 billion of annual exports.

At the recent Labour Party Conference, Jeremy Corbyn declared he would create another 400,000 skilled green jobs by 2030 if elected.

Prime Minister Theresa May said on October 15: "On the global stage, the UK is driving forward action on climate change through our work at the UN and with our Commonwealth partners. To ensure that we continue to lead from the front, we are asking the experts to advise on targets for net zero emissions." (Committee on Climate Change (CCC) has been asked to advise on setting a date for net zero emissions target.)

May continued: "At home, we are growing an economy that is fit for the future. Over the last year, we’ve generated record levels of solar and offshore wind energy and just last month I hosted the UK’s first zero-emission vehicles summit. For our first Green GB Week, we are asking businesses and consumers to work with us to consider what more they can do to protect our environment.

Claire Perry also said at the start of Green GB & NI Week: "We’re a world leader when it comes to tackling climate change and cutting carbon intensity but the evidence is clear – governments, businesses and communities must take further action to confront one of the greatest global challenges we’ve ever faced.

"That’s why we’re asking the independent climate experts of the CCC for advice on a roadmap to a net zero economy, including how emissions might be reduced and the expected costs and benefits of doing so.

"The case for tackling climate change is more stark than ever before. This Green GB Week, we need everyone – the government, businesses and communities – to renew their efforts to confront this global challenge head on while seizing one of the greatest industrial opportunities of our time."

Gareth Redmond-King, Head of Climate at the Worldwide Fund for Nature said: "Last week scientists from around the world said we had 12 years to tackle climate change. Governments can no longer shirk their responsibilities. It’s time to act and crucially, embrace the opportunities a green economy presents. Done right, this could be the biggest economic opportunity in history, driving innovation, job creation and better living standards."

Businesses and universities - get involved

Claire Perry has three targets for clean growth -  business & education, domestic and communities. With particular emphasis on the former, she said: "Businesses and universities are important partners to drive the innovation we need for clean growth such as developing the technology to charge electric vehicles more quickly.

"As the world acts to tackle climate change, we will see trillions of pounds invested across sectors such as transport, construction and power, with almost 10 trillion US dollars alone being invested into low carbon energy around the world in the next three decades.

"Our ambition is for the UK to be at the forefront of providing these low carbon technologies, innovative systems and services. The government is supporting businesses to invest in research and innovation projects through the Industrial Strategy Challenge Fund."

Perry continued: "Businesses have significant opportunities to reduce their emissions and costs through reducing energy waste. Your business could make a commitment today to take action – whether that’s thinking about how you could reduce the energy waste of your building, carry out an energy audit in your workplace or improve the management of your car fleet, including considering the benefits of plug-in vehicles."

What is the Industrial Strategy Challenge Fund?

Brought to you in association with the UK Government's Green GB &NI Week, the Mission Possible Pledge Wall showcases the growing list of sustainable business commitments being made under the five campaign pillars of Energy, Resources, Mobility, The Built Environment and Business Leadership.

No Mission Possible Pledge is too small or too ambitious for the Wall - so long as it is a new, measurable action that the pledger believes will help their organisation on its mission to achieve a sustainable future.

Scroll through the Mission Possible pledges and filter by industry, campaign pillar and date. And join the Mission by making a new commitment of your own