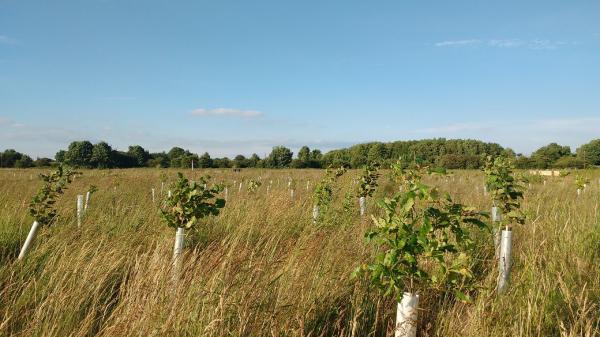 As part of its new Greener Living campaign, which launches on August 1, Kier Living, part of the Kier Group, has partnered with Forest Carbon, a company leading the way in voluntary carbon woodland creation in the UK.

Through its partnership with Forest Carbon, Kier Living will create new woodlands totalling 15,000 trees per annum over the next three years – to balance, in time, its annual 3,500 tonne CO2 footprint.

As well as its work with Forest Carbon, Kier Living is implementing greener working practices across all of its development sites. This includes changes in the way it uses energy, disposes of waste and how it uses equipment.

John Anderson, executive director, Kier Living, said: “Although we are pleased to be leading by example, we know that we – and the industry – need to do more for the environment.

“As well as rolling out the Greener Living campaign across our business, we are talking to the communities we work in about the impact everyday actions have on the environment. Our communication with a wider audience means we ensure as many people as possible benefit from our commitment to becoming a more sustainable business.”

Stephen Prior, Director at Forest Carbon, said, “UK forestry is in desperate need of expansion. We are among the least forested countries in Europe, and yet for example a staggering 80% of the timber we use is imported. We also need new woodlands for habitat, flood mitigation, cleaner rivers and community access, all on top of carbon capture. Kier Living’s tremendous contribution is across all these project types.”

Picture: Forest Carbon has planted 5.5 million trees in the UK since 2006 and, through partnerships with responsible businesses like Kier Living, is removing over 1,200,000 tonnes of CO2 from the nation’s atmosphere.  Its efforts also support flood mitigation, river improvement and public access and are assured by the UK government’s Woodland Carbon Code for important areas such as risk management and carbon capture estimates