Guiding All Through Latest Developments 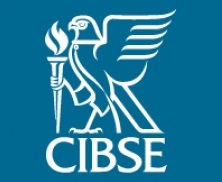 New guidance on heating, ventilation, air conditioning and refrigeration has been published by CIBSE.

The new edition of CIBSE Guide B is said to be much expanded and takes into account new technology, revised sections on noise and vibration control as well as new legislation.

It also includes a new chapter – B0 – which serves to summarise the issues involved in designing for a variety of different building functions including types of building and the activities within.

This new chapter is designed for new engineers or experienced engineers tackling a new and unfamiliar area and contains a generic overview as well as a focus on the issues associated with different building types, e.g. hospitals and gyms. While detailed advice on specific issues is available in other CIBSE Guides, this chapter is designed to make it easier for engineers encountering unfamiliar applications for the first time to work with clients and other engineers in the HVAC field.

Updated in 2005 and last replaced in 2001, the Guide is regarded as one of CIBSE’s flagship publications and provides guidance on the practical design of HVAC systems. It is available from the CIBSE website as four hard copy volumes or in digital form, at a discounted price to CIBSE members. Part B0 is only available in a digital form and can be downloaded free of charge from the CIBSE website.

“The inclusion of Part 0 to the new Guide has been driven by changes we have seen in the industry which has seen more and more engineers join building services from other disciplines or more general engineering degrees,” stated Roger Hitchin, Chair, Guide B Steering Committee. “The intention is to make this transition easier and to make their future work more effective by helping them to understand the issues created by different contexts, and their relevance to HVAC design.”

Picture: The CIBSE Guide B is now available and is suitable for new people to the HVAC sector and experienced operators