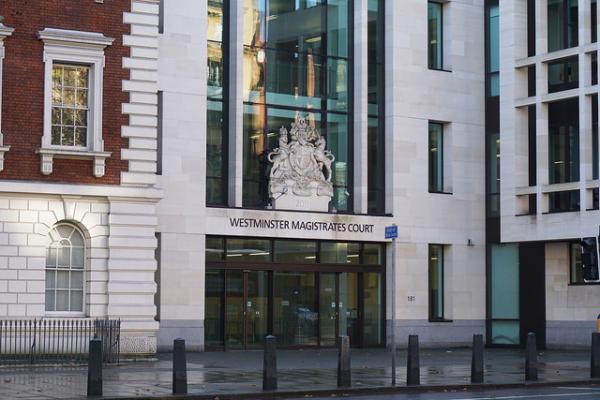 A man has appeared before Westminster Magistrates' Court charged with terrorism offences.

Warren Sneddon, 44, of Welwyn Garden City, Hertfordshire, appeared at court on Monday, October 2 and was remanded in custody. He is next due to appear at the Central Criminal Court on October 13.

He was arrested by Hertfordshire Constabulary on Friday, September 29 and subsequently charged with the possession of a firearm without a licence; an offence under Section 4 of the Explosives Act 1883; cultivating cannabis; and three offences under Section 58 of the Terrorism Act 2000, which relate to publications likely to be useful to a person committing or preparing an act of terrorism.

The investigation has now been transferred to the Met's Counter Terrorism Command.

Picture: Westminster Magistrates' Court, where a Hertfordshire man has appeared on terrorism charges