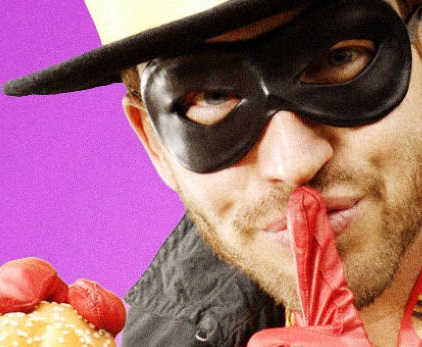 he Mayor of London, Boris Johnson, is rolling up his sleeves and grabbing a paint brush to help some of the thousands of volunteers tidy up neglected parts of the city in this summer’s biggest ever Capital Clean-up.

Up to mid-September, almost 3,000 volunteers will be cleaning up canals, creating food-growing spaces, painting murals in neglected areas, planting new gardens and cleaning up high streets, squares and parks.

More community groups than ever before have got involved this summer, with 76 organisations across 29 boroughs awarded small grants and kits from a £60,000 pot of funding.

This week Bo Jo today visited the Marcus Garvey community group in Hammersmith, who are using their funding to revamp a communal park blighted by graffiti and anti-social behaviour. They are creating a colourful wall mural to make the area more appealing for local people.

Johnson, said: “This summer’s Capital Clean-up is utilising the good will of thousands of volunteers hell bent on doing their bit to clean-up our city. This scheme makes a real difference in transforming and re-energising neglected local areas to create a better, cleaner environment for the millions of people that live and visit London.”

Capital Clean-up projects this summer include:

Sean Adamson, chairman of the Friends of Marcus Garvey Park community group, said: “Because of anti-social behaviour and rubbish dumping, we have been working on a project to revitalise Marcus Garvey Park and bring it back into community use. We’re now cleaning up the park and as it’s in between two schools, we have painted a mural on the wall to make it a nice focal point, making it a much nicer, safer, environment for everyone, especially young people, to enjoy.”

Working in partnership with McDonald’s Restaurants Ltd, this year’s Clean-up is the biggest yet. Howard Gray, Head of Sustainability at McDonald’s UK, said: “We support Capital Clean-up because we understand the importance of having clean and welcoming local areas in which to live and work. Last year hundreds of our staff across London organised or supported over 50 events to help improve their communities. We are proud that through this partnership we are enabling even more Londoners to volunteer and help revitalise dozens of local areas across the capital.”

Since City Hall took over the campaign in 2011, more than 10,000 volunteers have taken part in over 1,000 clean-ups of disused and unloved parts of the city. Last year’s Clean-up saw volunteers collect almost 3,000 bags of rubbish, transforming an area the size of 104 football pitches.

Picture: Who is that masked man? McDonald’s Restaurants and London Mayor Johnson pile in to help Capital Clean-up

Anna Devlet, Head of Community at British Land, writes about the importance of community at this time, and how the power of local partnerships with suppliers, colleagues...

Macmillan the Winner as Ball is Declared a Success

The inaugural FM Industry ball which was held last night was a sell-out success, with over 400 leading players in the sector dancing until dawn and raising over...