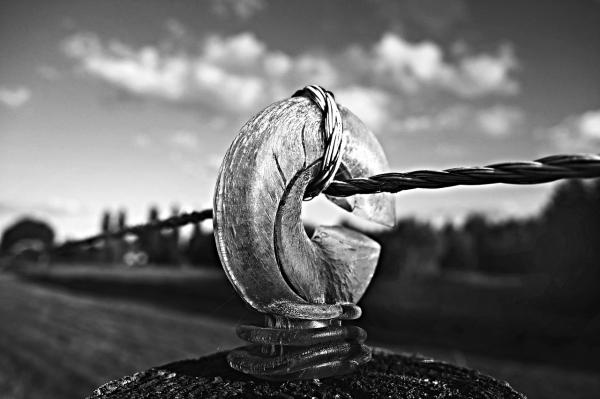 The sun may still be shining with some days hitting temperatures in the high 20s and even the early 30s but we are already seeing headlines warning us we face energy shortages and rising bills this winter, writes Graham Borét as he looks deeper at the fact and fiction behind the news.

The most recent came from The Independent earlier this month and previously The Telegraph reported a ‘winter gas crunch’ for the UK.

But hang on a minute, fuel costs have been going down these last few years and wasn’t a vote for Brexit supposed to mean a reduction in our energy bills?

Yes, is the simple answer. So what’s behind all these headlines? Is it just the usual scary run-up to the Halloween season?

Not surprisingly, the picture is actually quite a complex one. Let’s look a little closer at what’s going on and more importantly, what’s on the horizon as far as cost and potential shortages are concerned.

Back in February the law firm Bircham Dyson Bell LLP published its report The Energy Crunch bringing into sharp focus the growing shortfall between the UK’s energy generation and demand as our old power stations close but new ones are not being built to take their place.

Key findings of the report make for a worrying wake-up call even though the report also found only 13% of consumers thought energy shortages could occur in the next 12-months.

The report underlines how emergency measures will maintain power but it will inevitably lead to price hikes for both consumer and business users. Incidentally, the Independent article also reported National Grid assurances, reinforced from other experts, that the lights, would indeed, remain on.

So, we don’t have to fret about blackouts this winter but what of the price increases?

Pre-referendum Michael Gove and Boris Johnson, the darlings of the Brexit campaign, claimed we could all enjoy savings on our energy bills by removing the EU imposed VAT. As we haven’t even started the process of exiting the EU, let’s park this and instead turn our attentions to what’s behind the price rises.

The Energy Helpline blog highlighted a 14% rise in wholesale gas and electricity prices since May and reported increases from a number of companies including Co-op Energy, which announced a 3% price rise on their standard tariffs and a 7% hike from GB Energy.

It warned consumers could be facing price rises for the first time in three years and points to Brexit as the culprit. Following the loss of value of the pound, it is now more expensive for us to import gas. The price comparison website also reminds us prices are still lower than they were three years ago when they hit a peak despite some cheaper deals withdrawn and more expensive ones emerging.

Another energy comparison website Uswitch also reported more expensive tariffs entering the market following the UK’s vote to leave the EU with 12 suppliers replacing fixed energy plans in the weeks since the vote doing so with pricier deals.

As well as the plummeting pound post Brexit and rises in wholesale costs, The Guardian also points out smaller companies are less able to absorb the impact than the so-called ‘big six’ energy companies.

Yet you would be right in also thinking a vote to leave Brexit was also expected to boost the UK’s energy sector. Take a look at The Telegraph’s pre-referendum article which blames Europe for the UK’s energy policy failings. Author Tony Lodge, a research fellow at the Centre for Policy Studies who provided evidence to the Commons Energy Select Committee ahead of the vote, argued EU policies forced the closure of UK coal and oil fired power stations before cleaner gas-fired replacements were ready leading to a reduction in capacity and an increase of foreign electricity imports by 30% in the past two years.

Other than energy supply in the UK as a complex picture with many intricate threads running through it, what do we deduce from all this?

There is no doubt the EU vote has added more complications with the drop in value of the pound making wholesale prices more expensive. However, the underlying issues were well and truly in place pre-referendum, that is the closure of power stations and a lack of replacements. The EU has long demanded cleaner ways to generate energy, but lack of investment in the sector has also hampered the building of replacements.

So, what’s the answer?

Well, arguably it’s as complex as the many strands coming into play creating the issue in the first place.

Investment in the sector and more power stations are a must for a long term strategy and, unfortunately, the short term outlook is one of increased energy costs. But, as consumers and businesses, we all have our own part to play and by taking greater responsibility for our energy usage, we can reduce our consumption. By so doing, we will help alleviate demand on the UK’s reduced supply as well as saving money on energy bills and being kinder to the environment. Both consumers and businesses should also shop around and switch to a fixed tariff to stave off any further hikes which could be around the corner.