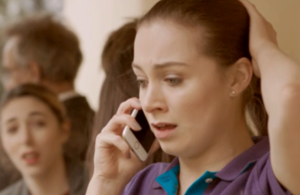 Organisations are not doing enough to ensure their travel risk strategies are fit for the 21st century realities of business travel and fulfil their legal duty of care, according to a new report published by Airmic.

Business travel has grown by 25% over the last decade with businesses sending employees and other people they are responsible for to a wider range of territories, including high or extreme risk regions. the report says those firms must be able to respond to the many possible factors that could convert even a low-risk destination into a high risk destination in a matter of hours, e.g. health, safety, security, political or social change and natural disasters.

Businesses have a legal duty of care to protect their employees – which may include contractors and family members – and yet only 16% of Airmic members surveyed have high confidence in their travel risk management framework. To respond to this increased reliance on travel, organisations need flexible and evolving travel risk management strategies that go beyond purchasing travel insurance, says the report.

These strategies should respond to the different risks present in different territories and the requirements of the different individuals travelling. Businesses also need reliable sources of relevant intelligence and flexible and pre-rehearsed plans in place to ensure a quick and proportionate response to any crisis having an impact its people.

“Sadly every week we are currently reminded why having an effective travel risk management framework in place is imperative. As the tragic events in Westminster, Manchester and more recently on London Bridge and Borough Market demonstrate, any destination can become high risk at an intense speed,” Julia Graham, Airmic’s deputy CEO and technical director, commented.

She added: “I urge all risk professionals to review, update and rehearse how they would respond should such an incident impact their organization. Knowing where your people are and how you can communicate with each other in the event of a crisis is especially important.”

A hard-hitting safety video from Counter Terrorism police, which instructs holidaymakers what to do in the event of an attack, has been viewed more than one million times in just over two weeks.

The four-minute film, which was created by Counter Terrorism police alongside the Foreign Office and ABTA – The Travel Association, was launched to the public on July 10 and has since been viewed on YouTube, Facebook and Twitter.

The chances of being involved in a terror attack are very small but holidaymakers travelling abroad this summer have flocked to watch this video so they are prepared to act should the worst happen.

Police are once again asking the public to keep themselves safe abroad by watching the film before they travel.

Detective chief superintendent Scott Wilson, National Coordinator for Protect and Prepare, says: “One million views means that there are potentially one million more people in the UK who are better prepared to act. This video is not intended to scare people, simply to make them spend a few minutes thinking about what they would do if the worst should happen. We want people to think of this in the same way they do the safety film airlines show before take-off. They don’t expect anything bad to happen but it is a sensible safety precaution to show people what to do.

The travel industry is providing training for staff working in the UK and overseas to help keep holidaymakers safe this summer. Over 23,000 employees have attended sessions, which include advice on how to spot suspicious items and activity, as well as what to do in the event of a major incident. The programme is being run in partnership with the National Counter Terrorism Security Office which has created a short presentation offering travel companies an easy to deliver counter terrorism awareness product.

This covers the core CT guidance needed by staff working in a Crowded Place at home or abroad. The product - funded by the Foreign and Commonwealth Office - includes three new films which show staff what to expect and how to respond in the safest way to the terrorist threat:

There is no specific intelligence that British holidaymakers will be targeted this summer - the central message for holidaymakers is Run, Hide, Tell.

While changes to EU roaming charges may help holidaymakers to avoid sky-high bills, Which? has revealed that differences between what mobile providers offer could result in unexpected charges.

Since June 15, new EU regulations mean anyone travelling to an EU member country will be able to use their mobile phone minutes, texts and data as if they were still in the UK. However, Which? research found that travellers could still be hit with unexpected charges. And while mobile providers have informed customers about the new rules, consumers should be aware that:

Vodafone is the only mobile provider that includes popular tourist destination Turkey in their roaming bundle. A phone call from Turkey to the UK on other mobile networks can cost between 69p per minute (Tesco mobile) to £1.65 (TalkTalk).

Even though the UK is still part of the EU, consumers should remember that these regulations only apply to roaming – not to calling EU countries from the UK and prices vary significantly.

Yahya Rashid, who is just 19, was sentenced at Woolwich Crown Court to five years for terrorism offences on Wednesday for engaging in conduct with the intention of...