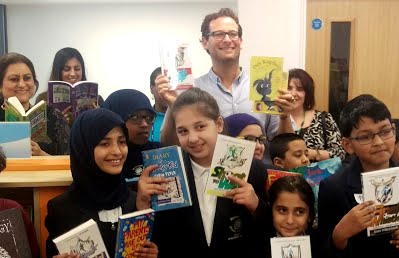 Eight unions have become involved in a dispute with the Academies Enterprise Trust about the elimination r retention of school caretakers. GMB, UNISON, Unite, ASCL, NAHT, NASUWT, the NUT and ATL.

Some schools face losing 50% of caretaking staff under plans released by the academy on Tuesday May 9.

Predictably, the most vociferous of the unions claims caretaker cuts pose serious risk to pupils.

Academies Enterprise Trust (AET) expects to slash £1.4 million from its schools’ estates budgets. This will see a cut the number of buildings and estates staff by over 25%, resulting in at least 34 redundancies across its 66 primary, special and secondary academies. Some schools would see the number of caretakers cut by 50%, with one earmarked to lose two-thirds of its estates staff.

The unions are calling on AET to halt the plan for consultation with the schools, staff, and parents.

Jon Richards, UNISON head of education, said: “This is the second academy chain in a matter of weeks to announce huge cuts and it won’t be the last, as government funding cuts bite. For schools to provide a safe environment for children, estates employees must be available on site around the clock. These cuts will mean lots of extra work for remaining staff, which will have a massive impact on what they are able to do. It will put pupils at risk.”

Sharon Wilde, GMB national officer for schools said: “It is completely unacceptable that our members should be asked to pay the price for this academy chain’s mistakes with ill-thought through cuts to front line jobs at the heart of our communities – these controversial plans are putting children at risk."

Fiona Farmer, Unite national officer, said: “Once again we are seeing a threat to children’s education and our members’ livelihoods as another academy trust pursues its flawed financial strategy."

Kevin Courtney, general secretary, National Union of Teachers, said: “This is an irresponsible plan which shows a lack of appreciation of the vital front-line services it will affect. Schools should not be run like this, with a remote and highly-paid tier of management failing to consult over changes that will affect pupil safety.”

Mary Bousted, general secretary of the Association of Teachers and Lecturers (ATL), said: “These ill-conceived and rushed proposals need a serious re-think. The scale of the changes and cutting so many caretakers will have major detrimental implications for pupils and all school staff.”

Russell Hobby, general secretary NAHT, said: “These proposals will have major impact on schools and may have serious health and safety implications for pupils and staff. Proper consultation needs to take place with the staff and school leaders to ensure such key services are fit for purpose.”

Geoff Barton, general secretary of the Association of School and College Leaders, said: “Despite assurances from the trust that it would address the concerns we raised before going ahead with its proposals, this has not happened. Major re-organisations of this nature must be prepared for thoroughly, so that the end result is fit for purpose: something AET has failed to do.”

Chris Keates, NASUWT general secretary, said: “The NASUWT is concerned about any proposed job losses. It is unacceptable to compromise the health, safety and welfare of pupils and staff and we believe that AET should radically rethink these proposals.”

Picture: Children's author, Dan Freedman, was the recent guest at the official opening of a new library at the AET Montgomery Primary Academy in Birmingham. With thanks to Academies Enterprise Trust