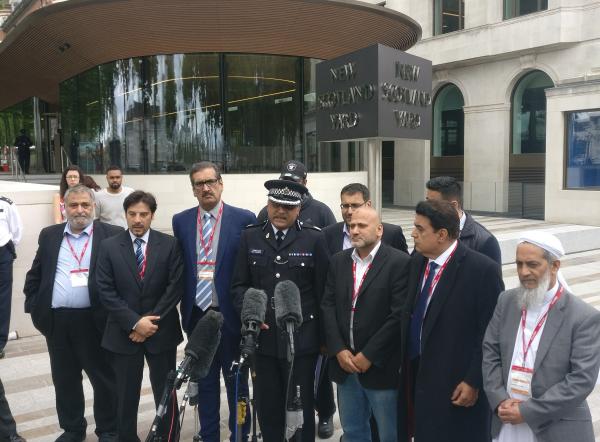 Statements were issued by faith leaders on Monday June 5 following the attacks in London Bridge and Borough Market.

Commander Mak Chishty of the Metropolitan Police read out the following statement on behalf of London Muslim community following the attacks in London Bridge and Borough Market.

"The Muslim community is alarmed and concerned that this attack by three people which would have required planning and yet was not reported. It is the Islamic duty of every Muslim to be loyal to the country in which they live and we are now asking questions - to understand how extremism and hatred has taken hold within some elements of our own communities.

"Terrorism and extremism is hurting Islam. Muslims must do more to stop such attacks from happening again and we want to know how we can play a greater role in the future."

Commander Chishty also read the following statement on behalf of the The Salam Forum as part of the wider community and in particular leaders of all faiths.

"Terrorism affects all communities and the recent attacks in the UK show the indiscriminate nature of hurt, injury and death to all communities, including Muslim people who feel that their religion has been violated and abused by terrorists.

"We would like to convey our thoughts and prayers to the families and our appreciation to all the emergency services and the public for their brave and professional response. We will show that strong bonds between all communities in every ward and neighbourhood across the UK to demonstrate love, respect and care for one another."