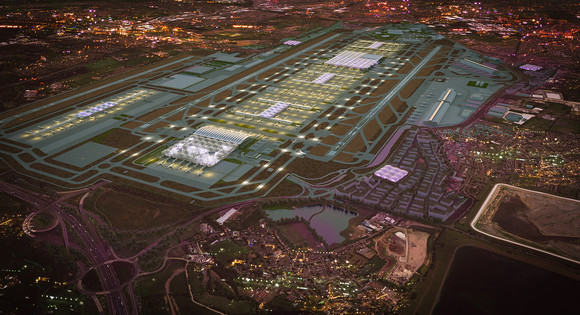 Grimshaw have been chosen as the concept designers to send a signal to the Government that Heathrow is a ready-to-go, privately financed infrastructure project.

The architectural practice was selected from a shortlist of four of the UK’s top architects which also included Zaha Hadid, HOK and Benoy. This follows on from the announcement of Arup, CH2M, MACE and Turner & Townsend as Programme Client Partners in March.

Grimshaw were successful in the tender process not only for the concept designs but also for ideas around how Heathrow could be expanded in a sustainable but affordable way.

Head of Design at Heathrow, Barry Weekes, said: “Once the Government approves the Heathrow expansion, we can create a world-class sustainable hub airport which delivers for our passengers, our airlines and also helps to integrate Heathrow with our local communities. With the Concept Architect and Programme Client Partners now in place, we are now ready to begin the process of expansion once the Government makes the right choice for the whole of Britain. The £16 billion privately funded infrastructure investment would be a much needed boost for the economy, creating jobs and growth across the UK."

Partner at Grimshaw, Jolyon Brewis, said: “We are passionate about designing a new future for Heathrow Airport; setting a benchmark for sustainable infrastructure, skilfully integrated with the communities it serves. Heathrow have ambitious plans for the expansion of the airport and we are proud to be selected to help deliver this inspirational vision.”

The concept designs were revealed alongside a fly-through animation of a proposed new design for the Central Terminal Area, also by Grimshaw - to view them Click Here