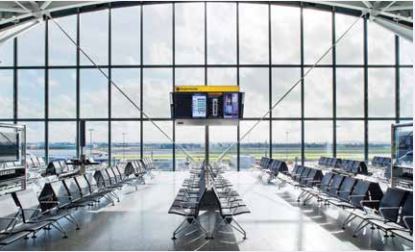 According to the BBC, a construction worker has died having been hit by a truck at Heathrow Airport's recently reopened Terminal 2 (where some building work continues).

Although the London Air Ambulance was called, the 30-year old man died an hour after he was hit.

The man's family have been informed before he is named. The HSE will join police in the investigation. The driver of the truck has not been arrested.

"Our deepest sympathy and thoughts are with the family, friends and colleagues," a Heathrow spokesman said.