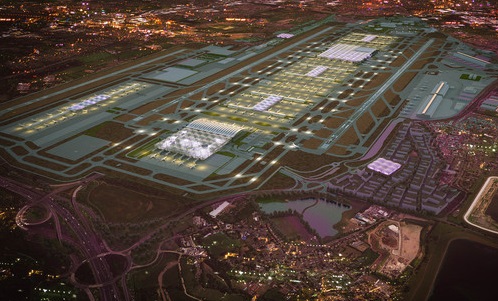 Security relating to Heathrow Airport have been found on a data stick lying on a pavement in West London. The highly sensitive information included plans for Royal visits and details of underground access tunnels, it is said.

The Sunday Mirror claimed the gentleman who found the USB device, handed it to the police.  The paper also claims it had 76 folders 174 documents, including details of measures used to protect the Queen and detailed scenario setting for potential terror attacks. There were also maps and videos.

'We have launched an internal investigation to understand how this happened and are taking steps to prevent a similar occurrence in future," read a Heathrow Airport statement obtained by ThisWeekinFM. It continues ''The UK and Heathrow have some of the most robust aviation security measures in the world and we remain vigilant to evolving threats by updating our procedures on a daily basis'.

Picture: How easy is it for organisations to be compromised by a simple data breach - Heathrow's secrets have been found on a USB device dropped on a pavement