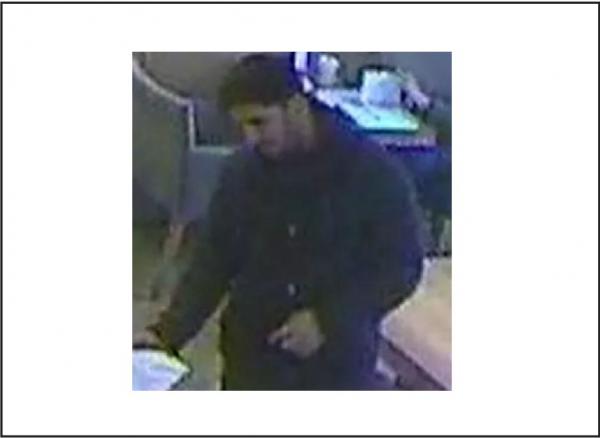 Police officers from the Westminster division are renewing appeals to trace a man filmed stealing a mobile phone from a coffee shop yards away from New Scotland Yard.

CCTV showed the moment the suspect approached the victim who was working on her laptop with her mobile phone sitting on the table alongside it.

The man placed a piece of paper (believed to be asking for charity) in front of her, concealing the mobile underneath. The woman waved him away with a 'no thank you' and the suspect walked off - stealing the mobile phone.

Embarrassingly for the police, the incident occurred on April 1 2015 but the footage of the man has only just been trotted out in support of the 'Be Safe' campaign.

As many as 10,000 mobile phones are stolen every month, often by opportunistic thieves who will take any chance to steal a phone, which can be distressing, costly and a huge inconvenience to the victim - and their employers.

Picture: Driven to distraction or a career criminal? This man has not been caught since he was filmed stealing a mobile phone last year

The latest 2015 British Retail Consortium (BRC) crime survey has revealed that violence and abuse against staff has increased ‘dramatically’ by nearly 30% in...