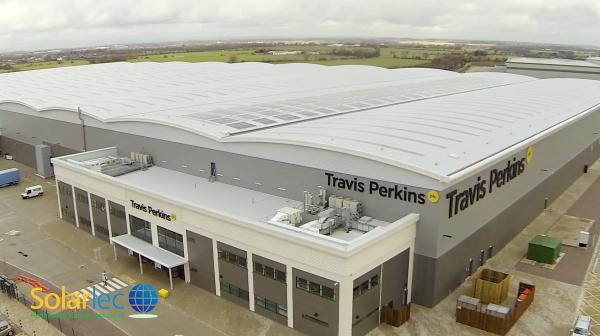 The Travis Perkins Group has offices in Burnley, Carlisle and Exeter and chose Solarlec which completed the installation after the company fitted solar panels on to one of its Wickes stores in Sutton last year.

Solarlec designed and installed a 157.5kW solar PV system on the new, purpose built distribution centre that serves all 16 of the Travis Perkins Group's companies and a total of 1,900 UK sites, using Solfex Enhance solar panels.

"It's my job to look at ways the group can reduce its energy consumption and carbon emissions,” stated Haydn Young, Group Energy Manager, Travis Perkins. “As a group we pay large carbon levies so the choice of solar will reduce our total energy costs and therefore reduce our carbon emissions."