High Anxiety? Cry if You Want To 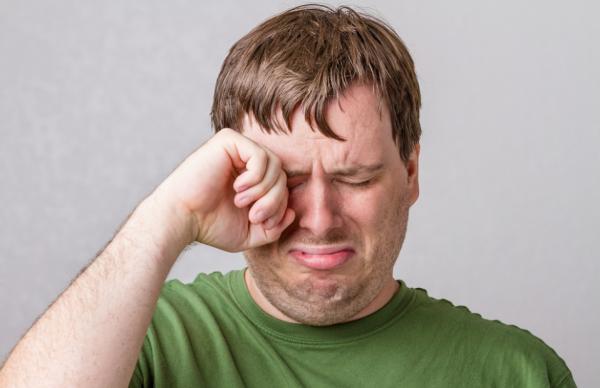 Research just published from Mind has found that four in five 18-34 year olds put on a brave face when they are anxious, yet only one in five admitted to crying in the past week because of anxiety.

However, anxiety is one of the most common mental health problems and the charity makes the point that crying is both a common and useful response to dealing with it. The charity has launched a free guide to help people better understand how to cope with stress and anxiety.

In fact, older adults appear generally more resilient with two fifths of people over 55 saying it has been longer than a year since they cried because of anxiety, or that they have never cried due to anxiety.

Gender also played a big role in responses to anxiety. Women are three times more likely than men to have cried because of anxiety in the previous week but they were also twice as likely to feel better for having cried. Women were also twice as likely to hide in the toilets at work if they felt anxious and half of women said they would eat more if they felt anxious compared to two fifths of men.

The reluctance of men to show their feelings can have a disastrous impact on their working lives. There is still a feeling of ‘weakness’ in many workplaces when males are seen to become emotionally upset.

He says that he thinks there shouldn't be a stigma about men crying, and says that he's been helped most by talking about his problems.

On a BBC Radio 5 this week that dealt with the Mind report, Kieran phoned in with his experience of when he went to a new job and started feeling increasingly anxious and depressed about how the work was going, coupled with problems at home. In the end he found he was vomiting on the way to work and panicking. His GP issued a sick notice only for his new employer to sack him immediately. Kieran believed there should be no ‘stigma’ surrounding men crying in the workplace.

Perhaps most worryingly, only half of people polled agreed that anxiety could be a mental health problem. Nearly one in 20 people currently experiences anxiety on its own and one in 10 has mixed anxiety and depression.

Anxiety has now become level with depression as the most common reason for calls to Mind’s Infoline. In 2014/15 alone there were 6,087 calls about anxiety and panic attacks which accounted for nearly one in six of all calls.

If the symptoms of anxiety, e.g. feeling tense and restless, breathing rapidly and getting light headed, or having persistent negative thoughts, are not addressed and become severe, they can have a serious impact on day-to-day life. Problems sleeping, lowered immune system and depression can all develop as a knock-on effect and can get to the point that it becomes difficult to hold down a job, maintain relationships or take pleasure in life.

“Many of us lead busy, stressful lives and sometimes it can feel like things are spiralling out of control,” said Paul Farmer, CEO, Mind. “Although it might seem tempting to put on a brave face, it really is all right to cry. It’s time for us all to stop holding back the tears and reach out for support. Responding to symptoms early is vital so that they don’t become more serious and complicated.”

Picture: There is still a stigma for many about being seen to be upset, especially in the workplace as a Mind report points out this week

In a world that is increasingly opening up to and understanding those with mental health issues, it’s no surprise that Mental Health Awareness Week is now a firm...

Mind, the mental health charity, has revealed shocking differences in mental health support for public and private sector workers. And the organisation says the next...