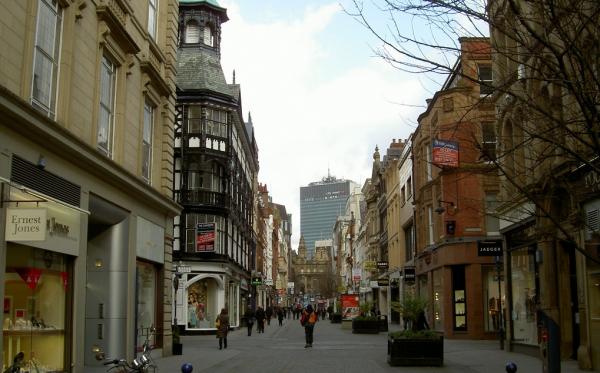 Manchester, Glasgow, Leeds and Liverpool and not London, will be the top tech hotspots of the future, as they rank highest for most affordable housing and thriving digital tech economies says new research.

House prices have rocketed since 2012 in thriving digital tech hubs such as Cambridge Reading and Oxford and thus alongside Manchester, Glasgow, Leeds and Liverpool emerging tech hubs such as Exeter and Ipswich have seen the highest property price growth over the past twelve months.

This is all according to research by online estate agents HouseSimple.com.

Manchester came out on top in the rankings. With average house prices in the city at £161,611 - one of the lowest of any of the 30 tech hubs identified in the Tech Nation report - more than 60,000 digital jobs and tech sector growth potential of 85%, one of the highest. Manchester is well placed to prosper when Britain leaves the EU.

Glasgow was a close second, with average house prices just £119,487, and tech sector growth potential of 81%. However, the city currently has a third of the digital jobs in Manchester. Leeds placed third, with slightly higher average property prices than Manchester (£171,052), but the second highest tech sector growth potential (92%) of any of the regional tech hubs.

Although London has established itself as one of the world’s top tech capitals, average house prices (£481,345) are three times higher than in Manchester and four times higher than in Glasgow. As a result, London only ranks 19th, with the capital vulnerable to a mass exodus of digital talent to the thriving regional tech hubs, where business costs are cheaper and housing is considerably more affordable.

Established tech hubs of Cambridge, Reading and Oxford - with more than 100,000 digital jobs between them - have seen some of the highest property price increases over the past five years of anywhere in the UK. Their booming tech economies have helped super-charge property prices; up more than 43% in Oxford and Cambridge, and almost 54% in Reading since 2012. That compares with a 31% average price increase for the UK over the same period.

The research also found that two of the emerging digital tech hubs Ipswich and Exeter, have seen the largest average property price rises over the past 12 months, of any of the 30 regional tech hubs, up 8.9% in Ipswich and 8.7% in Exeter, almost double the UK average.

Last year, digital tech investment in the UK reached almost £7 billion, turnover of the UK digital tech industries was £170 billion and there are now more than 1.6 million digital tech jobs in the UK. The digital tech sector is booming and leading the way as Brexit is less than two years away.

The following table lists the top 20 regional tech hubs (including London) in the UK, ranked by a combination of highest number of digital jobs, highest digital tech sector growth potential and most affordable average house prices 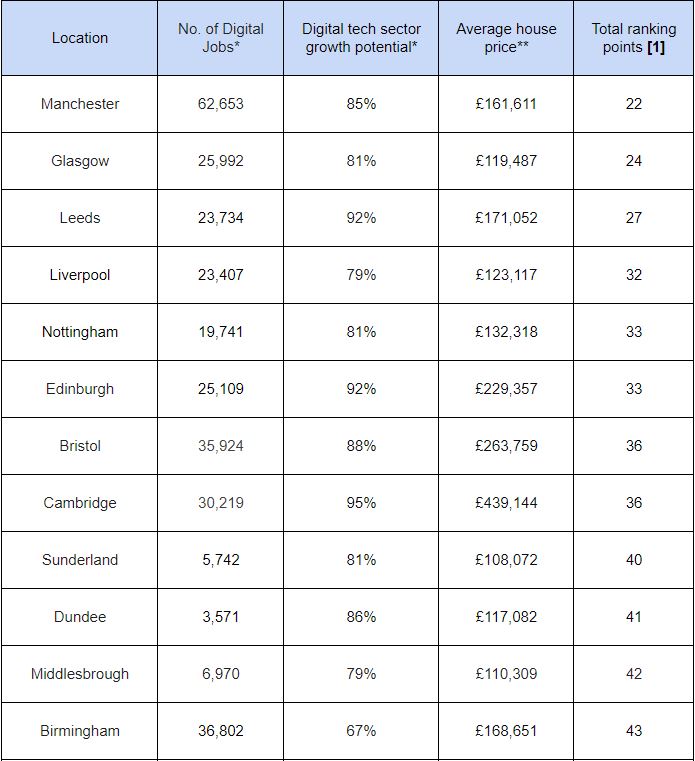 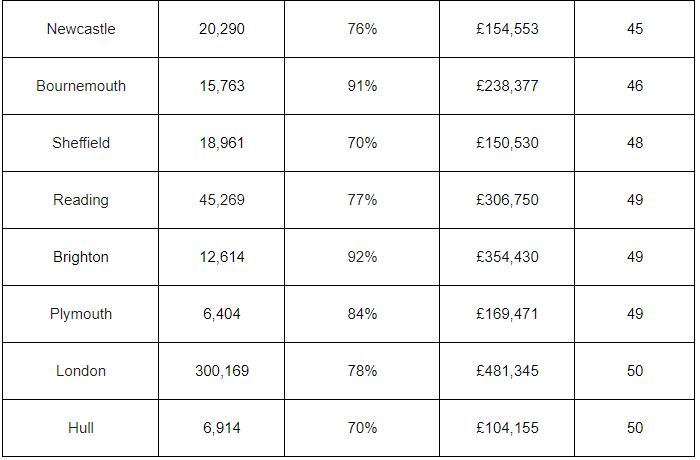