Homes Not So Fit for Heroes 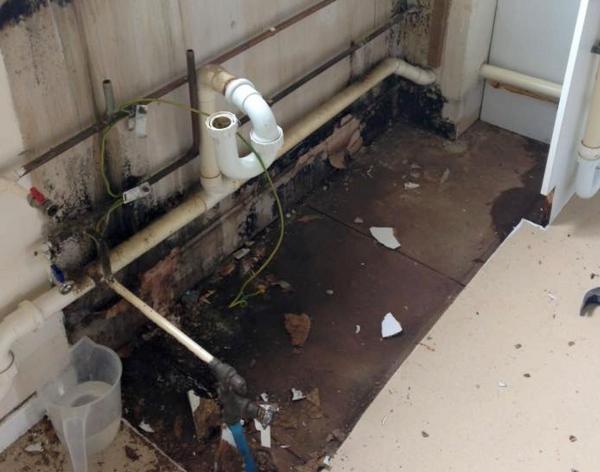 An exposé by the Sun newspaper appears to show that thousands of army personnel and families are living in atrocious conditions in military establishments where maintenance and repair are controlled by a CarillionAmey joint venture.

According to the report approximately 1,000 families a week are making complaints about the ‘poor service’ and almost 7,500 have signed a petition to have CarillionAmey's contract, worth billions of pounds, with the MoD ended.

The issue has already led to Secretary of Defence, Michael Fallon, issuing a statement expressing concern. “I am deeply concerned by these reports and want them looked into as a matter of urgency,” he said. “It is simply unacceptable that our brave service personnel and their families - who offer this country so much - have to put up with such poor service. I’m going to call in the CEOs of CarillionAmey to identify what can be done to improve this as soon as possible.”

Fallon had already received a petition from the independent Army Families Federation calling on action to be taken on what it termed ‘substandard’ service being delivered by CarillionAmey since it won the multibillion pound contract with the MoD in 2014. The petition which is hugely embarrassing for a government that has pledged its support for the service undertaken by the armed forces, paints a stark picture and highlights what personnel and families appear to experiencing:

‘Did you [Fallon] know that service personnel are having to go without food because their cookers have been condemned and Carillion Amey have left families with no cooking facilities for up to 4 months. Some families have no running water in their accommodation and are having to buy bottled water from the local shop to make their babies food with or to flush their toilet.

We have families with holes in their ceilings, mould growing on every wall, gardens that are inhabitable and much more. Some people are unable to leave their properties due to wasps nests which Carillion Amey will not move even though the occupant is allergic to them.’

There are further claims ill health because of the unsanitary conditions, along with what the petition complains is an uncaring attitude displayed by CarillionAmey. ‘When you raise issues with CarillonAmey, their housing officers are rude, flippant and not helpful at all. When you then go through to their call centre they are not helpful at all. Contractors don't turn up when they should and then when they eventually do the work is substandard as they send plumbers to survey windows and carpet fitters to install boilers!’

The response from both the MoD and CarillionAmey management has been contrite. In its report The Sun received a statement from the MoD which admitted standards were not what they should be: ‘Service accommodation is a matter of huge importance to the MoD and it is not acceptable that CarillionAmey’s performance has fallen short of our expectations.’

Faced with a catalogue of service families not having repairs undertaken and the widespread stories of rodent and insect infestation and mould, along with lack of heating and water supplies, the response by CarillionAmey was one of damage repair. “We do not underestimate the challenges of this work and where there have been problems we are working hard to address them,” said an abject Daniel Easthope, MD CarillionAmey.

Picture: Homes unfit for heroes – CarillionAmey has been condemned for often squalid conditions of armed forces personnel and their families are living in following their contract with the MoD in 2014