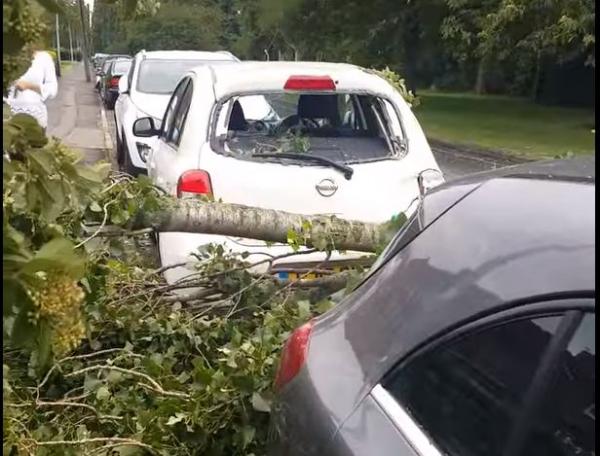 In something of a bitter irony, the Health and Safety Executive has avoided justice because of its status and  has instead accepted a Crown Censure after a worker at its own laboratory was injured when conducting an experiment at a testing facility.

On 4 October 2016 a worker at HSE’s Laboratory in Buxton suffered serious burns while setting up an experimental hydrogen test rig. He has since returned to work.

The incident happened when a prototype hydrogen storage vessel was being tested to determine if the design would be suitable for its intended use. While filling the vessel, a connector failed and a quantity of hydrogen escaped under pressure. The hydrogen ignited and the HSE employee who was close to the vessel was injured.

HM Inspectors of Health and Safety investigated the incident and served a Crown Improvement Notice requiring HSE to provide a system of work for proof testing and leak testing an assembled hydrogen line and test tank to ensure, so far as is reasonable, the safety of employees and other people in the vicinity. HSE complied with the Notice.

The investigation by HM Inspectors concluded that the pressure testing went wrong because of failings to assess, plan, manage and control a well-known risk of death or serious injury.

The investigation team found the incident could have been prevented by putting in place recognised control measures available in longstanding published guidance.

Director of field operations, Samantha Peace said: “The Act is not intended to stop people from doing work that may be inherently dangerous, such as pressure testing. It is about ensuring that where work involves danger then this is reduced as much as it properly can be.

“In this case, the HSE bear this responsibility as an employer. They fell below the required standard and as the failings exposed workers to the risk of death or serious injury, a Crown Censure is the right course of action. The HSE has co-operated fully with the investigation and we are satisfied that action has been taken to put matters right.”

Richard Judge said “As chief executive of HSE, and on behalf of my colleagues on the Management Board and the HSE Board, I very much regret this incident happened, and especially that our colleague was injured. On this occasion, we did not meet the standards we expect of others and that is deeply disappointing. HSE accepts the Crown Censure."

By accepting the Crown Censure, the HSE admitted to breaching its duty under Section 2 of the Health and Safety at Work etc. Act 1974 in that it exposed employees to risks to their health, safety and welfare.

As a Government body, HSE cannot face prosecution in the same way as private or commercial organisations and a Crown Censure is the maximum sanction a government body can receive. There is no financial penalty associated with Crown Censure but once accepted is an official record of a failing to meet the standards set out in law.

BBC Studioworks and two others fined after contractor seriously injured

Three companies have been fined (on Dec 5) after a contractor to BBC Studioworks Ltd fell more than 10 metres at Elstree Film Studios.

Harrow Crown Court heard how Eric Ihoeghinlan, an employee of Gabem Management Ltd, fell through a lighting grid hatch while recovering electrical cables for BBC Studioworks Ltd during a de-rigging operation. He sustained multiple injuries including a blood clot to the brain, fractured pelvis and ankles, and a ruptured spleen. Due to the brain damage caused, it’s unknown if the man will ever work again.

An investigation by the Health and Safety Executive into the incident which occurred on 18 November 2014, found the hatches of the lighting grids and the ends of one, did not have any edge protection.

BBC Studioworks Ltd pleaded to breaching Sections 2 and 3 of the Health and Safety at Work Act and was fined £200,000 and ordered to pay costs of more than £6,000.

Elstree Film Studios Ltd was found guilty of breaching Regulation 3 and Regulation 11 of the Work at Height Regulations. The company was fined £16,000 and ordered to pay costs of more than £39,000.

Elstree Light and Power Ltd was found guilty of breaching Sections 2 and 3 of the Health and Safety at Work Act was fined £30,000 and ordered to pay costs of more than £39,000.

Speaking after the hearing, HSE Principal inspector Graham Tompkins said: “The employee’s injuries were life-changing and he could have easily been killed. This serious incident and the devastation caused could have been avoided if basic safe guards had been put in place.

“Falls from height remain one of the most common causes of work related fatalities in this country and the risks associated with working at height are well known”.

An arboriculture company has been fined (Dec 7) after an eighty-two foot tree they were felling crashed down onto two cars and narrowly missed two members of the public.

Southend Magistrates Court heard how The F.A. Bartlett Tree Expert Company Limited were carrying out the work at Torrington Drive, Debden last summer when the tree was felled in the wrong direction. The large poplar tree fell across a grass verge, the public carriageway and footpath before coming to rest in the front gardens opposite, narrowly missing two members of the public.

An investigation by the HSE into the incident which occurred on 1 August 2016, found that the job was not properly planned or appropriately supervised, there were not enough workers to carry out the job safely, they didn’t have the correct equipment and they had not been properly trained. The work area was not sufficiently segregated from members of the public, and the company did not follow standard industry guidelines.

Speaking after the hearing, HSE inspector Adam Hills said: “This was a serious incident and it is fortunate that nobody was injured as a result. The case highlights the importance of following industry guidance in order to fell trees in a manner that does not expose members of the public to unnecessary risk.

Below - Video footage demonstrates how quickly things can go wrong. A lack of training combined with a failure to ensure that an adequate plan of work was prepared, implemented and followed left members of the public exposed to risks that could have easily been controlled