How the Mitie are Crest Fallen 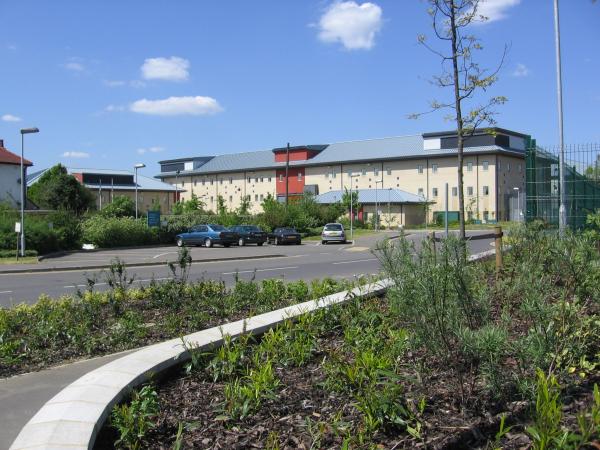 Following an exposé on Channel 4 News the attention has now shifted to Mitie’s operations at Harmondsworth near Heathrow Airport.

The allegations of unsanitary conditions and deterioration in staff conditions of work were made on Wednesday in the lead story of Channel 4 News’ evening slot.

TWinFM asked questions to Mitie about the Channel 4 News broadcast, dealing with its running of the Harmondsworth Immigration Centre:

TWinFM: The Channel 4 programme states that a guard had criticised Mitie for a deterioration in working conditions, particularly in relation to shift work and less rest. What is Mitie's response?

Mitie: We have implemented new working practices and shift patterns to meet the demands of the new contract. During the six-month mobilisation period prior to the contract transferring to Mitie we undertook extensive onsite consultation with all existing members of staff at the centre. We offered all staff one-to-one interviews, set up ‘employee roadshows’ and consulted with the recognised union on a regular basis.

At the request of the trade union, working hours (and pro rata pay) were increased from 40 to 44 hours per week for DCOs and OSO grade staff. Revised shift patterns were balloted upon and introduced following a vote that was over 90% in favour.

Moreover, we pride ourselves on engaging with detainees about the regime and as such detainees attend weekly Detainee Consultative Meetings (DCC) and meet with senior managers to explore what works well and what changes may be needed.

TWinFM: Conditions inside that were filmed appeared to show unsanitary conditions, including overflowing drains, rotting food and birds flying inside the centre. How was this allowed to happen?

Mitie: The dedicated FM team provide a planned and reactive service for all maintenance related issues, actioning and closing off reported issues via an on-site FM helpdesk. Huge efforts and significant investment has been made since we started the contract to rectify dilapidations works, enhance existing facilities and improve the overall fabric of the centre. This work is continuing.

TWinFM: Mitie's most senior manager at Harmondsworth telling detainees that they will be locked inside their cells for two hours longer at night as part of the company's new contract. Is this the case?

Mitie: Detainees have significantly increased access to communal activities. Mitie has contracts with the Home Office to deliver against a detailed service specification that includes the number of hours in the core day, the number of officers that will be deployed during the day and the range of services we will provide. This is measured every day by the onsite Home Office contract management team. It is not within our gift to unilaterally vary the specification or reduce costs to ‘increase profitability’.

We have radically changed access to regimes so that different services are available throughout the core day to detainees, starting at 09.00 and finishing at 20.45. This allows, on an average, eight hours a day access to communal activity areas (barbers, welfare, shop, education, library, internet suite, music room, cinema, gym and arts and crafts) which is a significant improvement.

It’s not just about the length of the core day but what is done within it that is important in providing a safe, secure and decent environment for detainees and our staff that work in the centre.

For example, prior to the introduction of our new core day at Colnbrook, detainees were locked in their bedrooms after lunch and evening meals. This practice ceased in November 2014 when Care & Custody implemented new shift patterns for staff with the aim of improving detainee time out of bedrooms and promoting a more open, inclusive regime. Now detainees are unrestricted from 08.15 until 21.00.

Furthermore, we have introduced the following: a new games room with television, Playstations, pool tables, table tennis and a large screen cinema room. A cultural kitchen is due to open in the coming weeks, which will allow detainees to make special dishes from their own country and share them with friends in a private dining area. We have also upgraded and replaced all detainee workstations across the site (over 40) and have just had plans approved for a new IT classroom, providing a dedicated area for detainees to study IT and vocational courses.

New programmes such as first aid training for detainees by the Red Cross have been introduced and proved very popular with detainees, as have monthly market stalls and other events such as Karaoke parties, a Halloween charity fun day, Valentine’s day bazaar and Chinese New Year celebrations. We are in the process of introducing still more workshops and skills-based activities across Heathrow IRC including weekly yoga classes to help detainees cope with some of the stress and anxiety that they are having to deal with.

All of these changes which involve a significant investment of both staff and finance are a result of maximising the resources available to Care & Custody and represent positive changes for detainees.

TWinFM: When Mitie took over Harmondsworth, Ruby McGregor-Smith, CEO, promised that Mitie would provide 'the best environment possible for the people in our care – putting decency, dignity, and safety at the heart of everything we do'. If the Channel 4 News item is not a fabrication, does Mitie hold the view that it has delivered on this promise?

TWinFM: On a separate note, we notice that Mitie won a contract in 2011 to provide FM services to Channel 4's headquarters. Do you still have this?

Picture:   Harmondsworth Immigration Centre where Mitie is accused of offering a sub-standard service to detainees.

In a move that is claimed will save Transport for London £80 million in management fees but cost Amey a fortune, the TfL board has announced that it will now manage...

JLL has announced that its Integrated Facilities Management (IFM) business in EMEA has been awarded a five year contract by Aon, the global provider of risk management...