HS2 Leaves Platform Ahead of Time 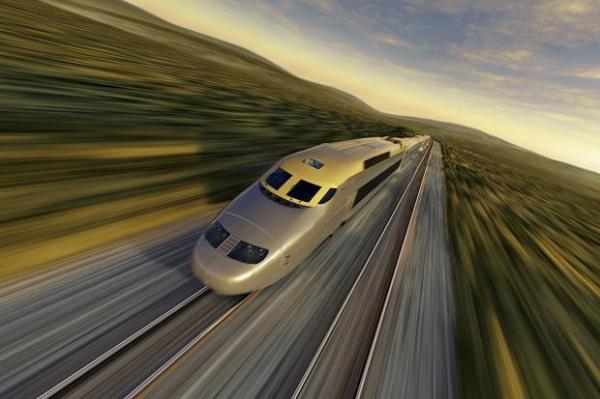 Chancellor George Osborne has stated that the high speed rail link connecting Crewe to Birmingham will open six years ahead of schedule in 2027.

In making the announcement this week, Osborne believes this early completion to that part of HS2 will deliver a ‘major boost’ to the Midlands, so-called Northern Powerhouse and Scotland.

The new route has been labelled by the government as a ‘significant catalyst’ for causing growth and rebalancing regional economies across the country as well as providing employment.

Once Phase 2a has opened in 2027, the reduced journey times delivered by HS2 phases 1 and 2a should be:

Manchester to London – cut by 40 minutes.

Glasgow to London – cut by 48 minutes.

The government’s commitment came in the Spending Review last week with the whole of HS2 now estimated to cost £55.7 billion which once completed will see journey times fall by an hour from London to Manchester,by 53 minutes from London to Glasgow and 65 minutes from Birmingham Curzon Street to Leeds.

The news comes days after the Chancellor announced £200 million to support the operations of Transport for the North (TfN) and its introduction of Oyster-style ticketing across rail, bus, metro and trams across the region. Osborne also confirmed last week that £13 billion would be spent on transport in the North over this Parliament. TfN and the DfT have also jointly launched their Autumn Report on the Northern Transport Strategy.

“In my Spending Review we committed to the biggest rise in transport spending in a generation, meaning that major projects like the construction of HS2, to link the Northern Powerhouse to the South, can begin,” declared Osborne. “Bringing forward this part of the HS2 route by six years is a massive step in the right direction for the Northern Powerhouse where high speed rail will play a big role in connecting up the entire region with the rest of the country.”

As part of the announcement, it was stated that former CBI Director General, John Cridland, would be the first Chair of TfN.

In choosing Crewe as a crucial part of HS2, Stoke-in-Trent has lost out by the decision which has caused disappointment as it had submitted a plan for HS2 passing through the city.

"With Crewe rather than Stoke benefitting from this massive investment, plans for a northern gateway partnership between Stoke-on-Trent and east Cheshire become more important," complained local Labour M.P. Tristram Hunt.

Mark Winnington, Staffordshire County Council member for the economy, environment and transport, said the current route will cut through miles of countryside and be a "big blow" to communities.

Not all have been won over either by the route using Crewe on environmental grounds. "HS2 will cut through 45 miles of Staffordshire countryside and from the outset we have been concerned about the impact a project of this scale will have not only on the environment but also on residents living close to the proposed route,” stated Mark Winnington, member for the economy, environment and transport, Staffordshire County Council.

Some Conservative M.P.s have also voiced concern about the impact of deciding on Crewe as a hub for HS2. On is the flamboyant Conservative MP for Lichfield, Michael Fabricant, who savaged the move as "environmentally damaging to beautiful parts of Staffordshire”.

Picture: HS2 will arrive early on some parts of its journey

Work to transform Euston station and deliver a brand new transport hub at Old Oak Common ready for the arrival of HS2, took a step forward this week ending Sept 8, with...

Chris Grayling, the Transport Secretary has confirmed HS2 routes to the North-West, East Midlands and Yorkshire - claiming the decision is set to bring massive economic...