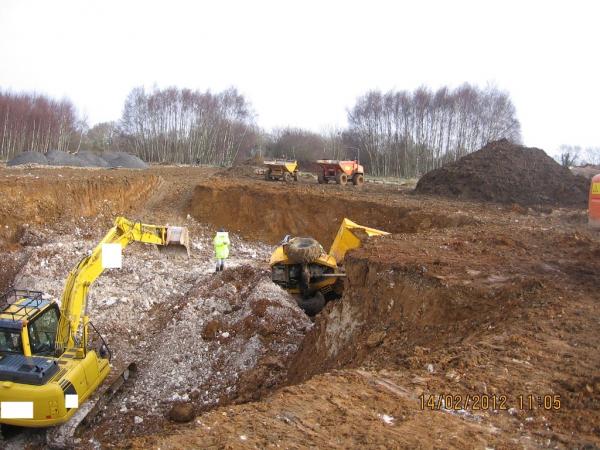 Figures obtained by UCATT have revealed a decline in the number of inspections that HSE is undertaking on construction sites.

The construction union UCATT made a Freedom of Information request to discover the number of ‘proactive’ (unannounced) construction inspections being made by the HSE for the year 2014/15.

These figures were then compared with a previous request for the same information in 2012/13. This revealed that the total number of HSE inspections for 2012/13 was 10,577 compared with 9,656 in 2014/15, a reduction of 8.7%. This decline in inspections came at a time when the construction industry was recovering from recession and activity was increasing.

The biggest reduction was in Scotland which saw a drop of 55.7% in inspections. There were also decreases in the North East (28.5%), North West (32.5%), the South East (19.6%) and in Wales (3.4%). However, there were some English regions where the number of inspections increased and the overall reduction for England was 2%.

Construction is recognised as the most dangerous industry in the UK in 2014/15, 35 construction workers suffered fatal injuries.

“The HSE needs to explain what is behind the reduction in inspectors is this due to budget cuts or specific policies to reduce inspection activity?” stated Brian Rye, Acting General Secretary, UCATT. “This fall in inspection activity is deeply troubling. The prospect of an unexpected knock on the door by a construction inspector is what keeps many employers on their toes. If employers believe that their safety procedures are not going to be checked this will lead to slackness and corners being cut and workers could pay with their lives.”

UCATT and HSE have been locking horns over the matter of the time it takes for the latter to convict guilty parties over construction deaths.

It alleges that t it takes 1,267 days (almost three and a half years) for someone convicted of causing the death of a construction worker to be brought to justice in British courts of law. The trades union has also criticised the level of conviction rates. It states that they have fallen from 51% in 2007/8 to 35% in 2012/13 and that 15% of deaths did not even reach the prosecution stage for three or four years after a worker’s death. “Three years is a disgrace,” said Brian Rye. “Construction deaths are not complex legal issues. The process to get to convictions should be quick and transparent and British construction workers and their families deserve justice and they deserve it to be delivered promptly.”

HSE has responded to the allegations of overlong conviction rates by first of all pointing that they had to be seen in the context of the progress made in the reduction of deaths in this sector where fatalities had been 100 in 2000/01 and 39 in 2014/15. In a statement, HSE noted: ‘All workplace fatalities need to be investigated thoroughly to prevent a recurrence and so that where breaches of health and safety requirements are identified then those who have failed in their responsibilities are held to account which may include bringing cases before the courts in England and Wales, or recommending prosecution in Scotland.’

Picture:   UCATT has alleged that the number of construction site inspections by HSE has been declining as well as criticising what it believes as low conviction rates of fatalities resulting from negligence

With an enviable record in health and safety, the HSE has published six themes that its new five-year UK strategy will have for the country. Despite the...