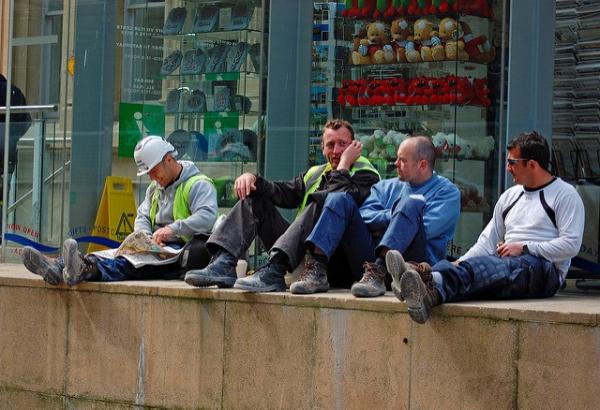 Construction workers rack up 130 hours per year making tea and other hot drinks, according to research by Appliances Direct - with 82% of them saying regular tea breaks aid productivity.

Despite the rise of coffee culture, the data revealed that the builders brew was still the firm favourite, with 56% of those surveyed saying tea is their hot drink of choice during their break. Coffee came in second place, with 38% of the vote.

"It’s great to see so many Britons are taking regular breaks throughout the day to grab a drink.

“Whether you work at a desk, in a shop or a factory or on a building site, getting away from your workstation for a few minutes at regular intervals is likely to aid productivity as it allows you time to stretch your legs and gather your thoughts before heading back to it.”

Picture: Whose turn is it to put the kettle on?