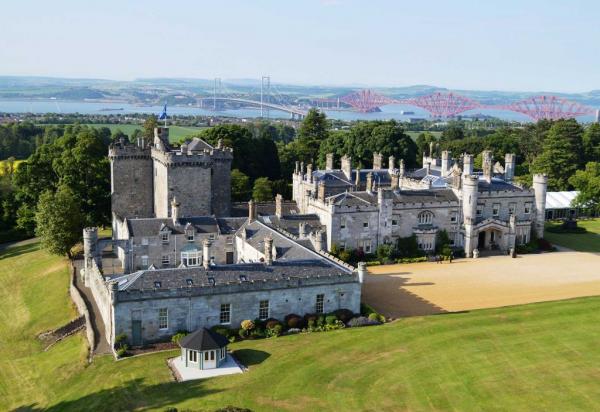 The Edinburgh based company, Arthur McKay, has strengthened its presence in south-east England following the winning of a five-year contract with Croydon Council.

“The council is pleased to announce the appointment of Arthur McKay to provide all M&E services within our corporate estate,” declared Mark Norrell, Head of FM, Croydon Council. “Having an experienced M&E partner with its commitment to help us achieve our objectives, will make a positive contribution to the effective running of our estate.”

The contract comes with a commitment by Arthur McKay to employ and develop local people, build a local supply chain and continuously review its service delivery for improvements, passing on any related savings. “We have made significant commitments to Croydon Council to support them in achieving its stated aims set out in Value Croydon and the Croydon Challenge,” explained Mike Floyd, Executive Director FM, Arthur McKay. “We look forward to delivering on these promises and building a formidable partnership that will take us way beyond the contract term.”

The Living Ventures Group, operator of UK restaurants and bar market, has chosen Cordant Technical as a ‘key partner’ in the next phase of its major domestic restaurant expansion which will result in the delivery of an additional 2,000 covers.

Cordant Technical will be responsible for the design and build of all the M&E aspects of the restaurant refurbishments, kitchens and gas installations at The Trading House in Oxford, The Botanist in Marlow, Gusto in Lytham St Anne’s and The Alchemist in Liverpool. It follows the completion of the first expansion in 2015 by Cordant Technical that delivered an additional 3,000 covers. The project is expected to be completed in approximately eight weeks.

As part of the remit the company is also supplying a system at each restaurant which harnesses the heat generated by the kitchen and turns it into free heating and hot water that is designed to reduce carbon emissions and will ensure that at least 20% of the power used by the building is renewable, in line with UK energy regulations.

A sliver of reward

Serco has put in a financial performance that has been stronger than anticipated in the first four months of the year and gave some relief to its management team at its conference this week.

This improvement was mainly due to the successful outcome of a number of commercial negotiations with what was termed ‘sharply increased profits in the first half’ but with the caveat that it would not be repeated in ‘subsequent periods’.

However, many of the improvements were due to better performance outside the UK or better than expected conclusions of negotiations after what had been an extremely damaging period for Serco that many believed to be self-inflicted.

“It is encouraging that we are able to announce an upgrade to our guidance for the year, albeit that much of this improvement comes from items that will not recur,” confessed Rupert Soames, CEO, Serco Group. ”We must remain cognisant that with underlying margins currently around 2%, our profits are a sliver of reward between two very large numbers – revenue and costs – tiny percentage movements in which can lead to large percentage movements in profits. There remains much to do in order to complete our transformation this year and next, but we are continuing to make good progress on the roadmap we have set out through to 2020.”

Sodexo has extended its 16-year partnership with Dundas Castle in West Lothian, Blair Castle in Perthshire and Discovery Point in Dundee for another three years, worth £2.4 million.

The contract sees the Sodexo team continue to provide a day visitor restaurant as well as conference and banqueting for events.

Stretching back more than 20 years, the partnership with Blair Castle is extended by another five. The £2.75 million contract sees the running of a day visitor restaurant,as well as conference and banqueting for events.

Sodexo has been the catering partner to Discovery Point since 2010, providing a restaurant for day visitors to Captain Scott’s polar exploration ship RRS Discovery as well as conference and banqueting for events. The five-year extension is worth £1.25 million.

“Our partnership with Dundas Castle demonstrates we can provide high level fine dining and a world class experience to guests, using locally sourced products,” said Chris Bray, CEO Sports & Leisure, Sodexo UK & Ireland. “Our partnerships with Blair Castle and Discovery Point show we can reproduce that experience for events while providing for large numbers of visitors during the day.”

Picture: Sodexo has extended a trio of contracts in Scotland including Dundas Castle in West Lothian