In Defence of the Wonkies 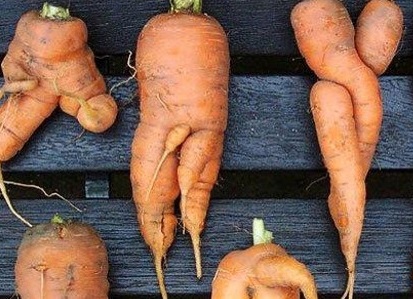 A caterer has launched its I’mperfect campaign and has called on the industry to help reduce needless produce waste as a new BBC documentary is setting out to highlight the issue.

Chef Hugh Fearnley-Whittingstall has turned his attention this week on to the commercial rejection of vegetables on cosmetic grounds with his television programme Hugh's War on Waste on BBC1.

Vacherin believes the foodservice industry could and should embrace his aims more fully and has launched its own new initiative that champions ‘imperfect’ produce.

It has launched a new range to its chefs by promoting the ingredients that would be made available to them. They receive e-mails informing them of weekly availability and order as much as they wish. So far the produce is up to 15%-20% cheaper and Vacherin argues, tastes just as good.

A client launch, including new marketing materials under the I’mperfect banner, targets diners at each Vacherin unit. A major part to the drive is to identify that major supermarkets exert control over costs and production. Anthony Kingsley, Vacherin’s Lead on Sustainability & CSR, commented: “While retailers are not transparent, estimates suggest a single large retailer disposes of 2.5 tonnes of produce per week. The planet just cannot sustain over-production like this and we need to find alternatives ways of doing things.”

Having launched I’mperfect, Vacherin is urging other caterers to get on board but warns it may take a couple of years to find the perfect partner - and encourages suppliers and producers to embrace the approach. The UK throws away enough food waste each year to fill The Royal Albert Hall 30 times over and Vacherin believes this is not only a cost to the environment but also one to the business and farmer.

Picture: Beauty is in the eye of the beholder and it should be in the consumer’s as far as vegetables are concerned