In Tune to Help You Breath More Easily 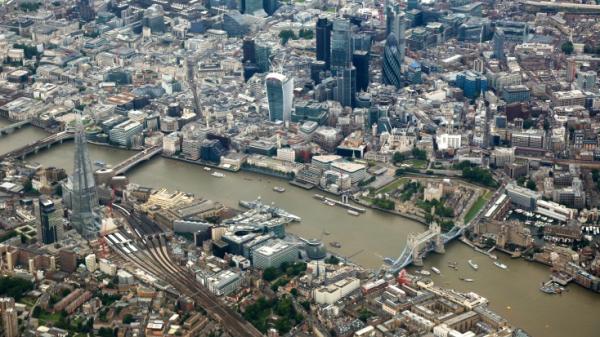 The AirSensa network will see the installation of up to 10,000 monitoring units placed on schools, commercial buildings and other infrastructure across London. The aim is to provide detailed street level air pollution data for anyone who lives and works in the city, educational materials for schoolchildren of all ages, and to enable policy makers and planners to better understand pollution levels in the capital and effect positive change through the new reliable data available. The first 500 AirSensa units will be installed in the coming six months, with the first statistics available to the public after that.

London is recognised as one of the busiest cities in Europe and high levels of air contaminants PM2.5 and nitrogen dioxide have already been the centre of argument in places like Oxford Street.

CBRE is installing monitors on its own offices in the city as part of its responsible business strategy. The company manages 20 million square feet of property across London and advises many major landlords, and will also be leading an education programme on the AirSensa project to encourage its adoption by commercial landlords.

For its part, KWM will provide continuous legal advice and support in connection with the AirSensa project. It works closely alongside key developers, landlords and tenants, and advises clients such as the Crown Estate and British Land and is installing its own monitor to its building on Queen Street Place.

“London is already leading the way in promoting low emission technology, with City Hall implementing the most comprehensive programme of measures in the world to help improve air quality,” stated Boris Johnson, Mayor of London. “Since 2008, the number of Londoners who live in areas exceeding legal limits for Nitrogen Dioxide has been halved, and the world’s first Ultra Low Emission Zone planned from 2020 will be a game changer in meeting the air quality challenge. This new project will be an extremely valuable addition to our existing monitoring networks, and enable us to more accurately assess our progress, improve air pollution, and help protect the health of Londoners.”

It is estimated that 30,000 Britons die annually as a direct or indirect result of air quality issues, costing the UK economy £16 billion a year.

A study has found that the impact of road transport on air quality is not given sufficient priority in UK transport planning. Alongside a lack of joined-up government,...