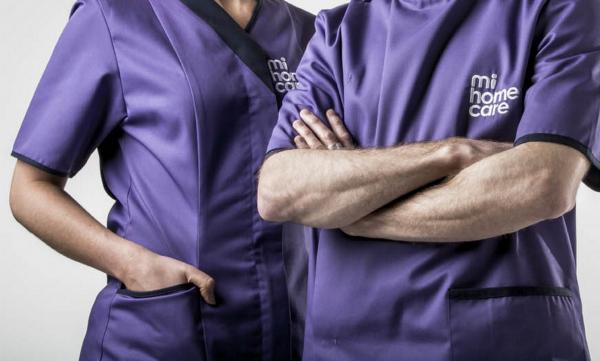 One of the UK's biggest providers of care to elderly and disabled people, is accused of paying workers less than the minimum wage.

MiHomecare is owned by Mitie and apart from criticism of not adhering to the National Minimum Wage, stands accused of scheduling home visits with no travel time in between.

Corporate Watch states that it has been able to see an internal analysis of pay rates that showed that ‘many MiHomecare workers are not being paid for travel time and as a result, are earning less than the minimum wage, once this is included. The leaked document, entitled MiHomecare – National Minimum Wage Review of Penarth Branch, considers how to respond to an HMRC investigation into two of the company's Welsh branches.

It gives a breakdown of unpaid travel time for 44 members of staff in the Penarth branch for the week starting 22 September 2014 and estimates they could be owed as much as £80,000 over three years.

According to the BBC, workers were also told to ‘clip’ their visits from 30 minutes to 22 minutes with one former Devon worker stating: “They expect you to clip it to 22 minutes to give you an extra eight minutes to make up your travelling time to get you to the next call on time."

Perhaps even more seriously, the person alleged that she was told that when elderly clients had a fall, carers were told by staff at the branch office to leave them on the floor. “They've just been told, ‘Well, leave them, as long as the door's open, so the ambulance can get in and go on to your next call.’”

TWinFM covered this story earlier in the year and approached Mitie for a response to the latest allegation from Corporate Watch.

In a statement, a spokeswoman commented: “The issues that have been raised are not new. The homecare industry has a historic issue getting travel payments right. MiHomecare is working with any carers who have brought concerns to our attention and we are resolving the issues on an individual basis. The quality of the care that we provide and the safety and dignity of our customers is our highest priority. We are working hard to continually improve standards across the business and we are investing in our people and processes to achieve this.”

Picture: An internal report that has been seen by Corporate Watch staff in the Penarth branch for the week starting 22 September 2014 could be owed as much as £80,000 over three years.

How Will Mitie Reach Net-Zero Across Its Estates by 2025?

Mitie is aiming to achieve zero-carbon across all of its UK sites by 2025, 25 years ahead of the UK's 2050 target. The company has a current portfolio of more...