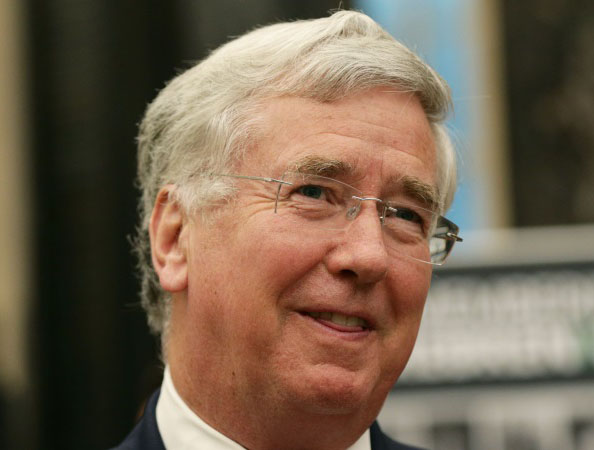 Defence Secretary Michael Fallon with the Defence Ministers of the US, Australia, Canada, Denmark, France, Germany, Italy, the Netherlands, New Zealand, Norway and Spain met recently (May 4) in Stuttgart to review recent progress and consider further steps to accelerate the counter-Daesh campaign.

During the meeting, Fallon announced that the UK will consider a further training and advisory package to help Iraqi ground forces tackle the terrorist organisation. This builds on the most recent deployment, in March, of additional personnel to provide training in areas such as bridge building as well as specialist medical staff.

Fallon said: "Iraqi forces have Daesh on the back foot and are retaking territory, hitting its finances and striking its leadership. Now is the time to build on recent success and we are looking hard at what more we can offer as Iraqi combat operations intensify.

"Further support will enhance the UK’s leading role in the fight against Daesh. The RAF has carried out the second highest number of strikes in Iraq. In Besmaya, Erbil, Taji and the Al Asad Air Base in Anbar Province, UK personnel are training Iraqi and Kurdish Security Forces in infantry skills, Counter-IED and combat medical techniques."

Fallon also announced that Britain plans to provide Kurdish Peshmerga fighters with a further £1 million worth of ammunition. The UK Government has already gifted over 50 tonnes of non-lethal equipment, nearly half a million rounds of ammunition, 1000 counter-Improvised Explosive Device (c-IED) Vallon detectors and has delivered over 300 tonnes of weapons and equipment on behalf of other nations. This latest package will consist of sniper rounds and will replenish stocks of ammunition for the heavy machine guns, also gifted by the UK. British military personnel have also trained over 3,400 Peshmerga troops.

The representatives also talked about the spread of Daesh and Fallon will led the discussion on improving governance and transregional co-ordination to combat violent extremism and its links to wider instability including illegal migration, crime networks and weapons smuggling. Highlighting the importance of political direction and military management of the global campaign against Daesh, he said: "As Daesh is hit hard in Iraq and Syria, it is seeking to spread to North Africa, the Arabian peninsula, the Caucuses, South East Asia and beyond. To counter this threat and protect our streets means working more closely together to tackle its franchise, wherever it appears."