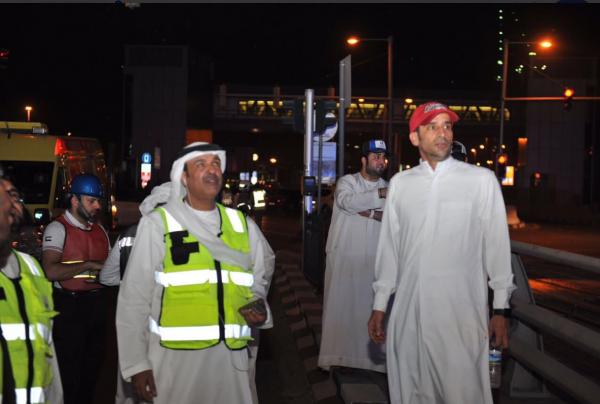 The New South Wales Joint Counter Terrorism Team have charge a 49-year old and a 32-year old (on Thursday 3) with two counts of acts done in preparation for or planning, a terrorist act. A third man is still being held under Australia's 'specified times' provision. A fourth has been released.

Last Saturday, July 29, the four men were arrested in relation to allegations regarding a potential terrorist attack.

The Police have conducted six premises searches across Sydney this week. They are now sure the men held were planning two attacks using improvised devices.

One of the men allegedly planted a bomb in his own (unsuspecting) brother's luggage. The brother managed to board a flight on July 15 but the luggage with the bomb on board never made it to the plane. There are confusing reports as to whether the plan was aborted or whether the luggage was stopped as a result of a post-check-in security scan at Sydney airport. Police have said the materials used in the improvised device did however feature high grade military explosives - purportedly supplied to the would-be terrorists by a Turkish IS cell via an air cargo transport.

Another plot discovered involved a device that would release toxic materials in a building, train or other enclosed space. The New South Wales Joint Counter Terrorism Team have said although plans, components and chemicals were found a working device was some way from completion. Unlike the aeroplane bomb, which Australian Federal Police Deputy Commissioner Michael Phelan described as highly sophisticated, there are doubts the toxic gas device would ever have worked.

The Team also believes they have nullified the threat entirely - however airport security has been upgraded for the time being.

The Dubai Civil Defence service has brought yesterday's (Aug 3) Torch Tower fire under control. Cooling operations are still ongoing and no inures have been reported.

Dubai Authorities have release a video of the aftermath of the fire - captured by drone.

The Dubai Police lead authorities in providing accommodation for affected residents at three nearby hotels.

Picture: Main - The Dubai Civil Defence service. Below - the fire as it broke out and the aftermath filmed by drone

MRI Software is to acquire Melbourne-based Box+Dice, adding to its PropTech portfolio. The purchase is a move to help enable real estate businesses to...

500 Collins Street, a 48-year-old office tower in Melbourne, has been certified as a WELL Core Platinum Certified space, the first existing building in...

A rail provider in Melbourne is facing accusations of planning to sabotage trials of Zoono’s antimicrobial products, discovered via a series of tapped phone...

ISS Facility Services Australia was snared in a surprise night-time visit to the Melbourne Cricket Ground by Fair Work Ombudsman inspectors to investigate exploitation of...