IS Changing Tactics to Maintain Threat In Europe 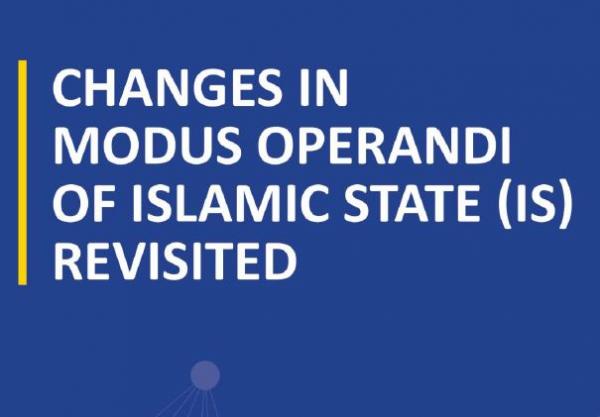 As the so-called Islamic State (IS) loses ground in the Middle East, the pattern of its recent terrorist attacks in Europe suggests that it has already adopted new tactics to attack the West.

These developments are highlighted in the report Changes in Modus Operandi of IS revisited published last week by Europol’s European Counter Terrorism Centre. The report provides an up-to date assessment of the threat this group poses to the EU, on which basis EU Member States can prepare for future attacks. Currently the EU is facing a range of terrorist threats and attacks: from networked groups to lone actors; attacks directed by IS and those inspired by IS; the use of explosives and automatic rifles as well as bladed weapons and vehicles; and carefully prepared attacks alongside those that seem to be carried out spontaneously.

The so-called Islamic State has proven to be very effective in inspiring people to commit terrorist acts and in setting attacks in motion themselves says the report. Europol’s Director Rob Wainwright said: “The last two years have seen a number of jihadist attacks, several of which have caused mass casualties. The scale of this threat has been widely acknowledged in Europe, triggering an intensified cooperation between police and security services across the continent leading to an increase of arrests and plots foiled before terror attacks could be carried out. This shows that the increased cooperation and exchange of data between all relevant services across Europe is a successful means to mitigate the threat posed by IS. Nevertheless Europol's report shows that the threat is still high and includes diverse components which can be only tackled by even better collaboration."

Gilles de Kerchove, EU Counter-terrorism Coordinator said: “We have to be vigilant, since the threat posed by IS and returning foreign fighters is likely to persist in the coming years. These people are trained to use explosives and firearms and they have been indoctrinated by the jihadist ideology. An effective response requires a comprehensive approach and long term commitment. Of course, the primary responsibility in the fight against terrorism lies with the Member States. However, the EU and its agencies such as Europol can and should play a supportive role that helps respond to the cross-border nature of the threat.”

Ten key judgements of Europol’s Changes in Modus Operandi of IS revisited:

Further attacks in the EU, both by lone actors and groups, are likely to be attempted. Estimates from some intelligence services indicate several dozen people directed by IS may be currently present in Europe with a capability to commit terrorist attacks.

In addition to France and Belgium, all other EU Member States that are part of the US-led coalition against IS may be targeted by terrorists led or inspired by IS.

The most probable scenario is the use of the same modus operandi, including the same types of weapons, used in earlier attacks.

If IS is defeated or severely weakened in Syria/Iraq by the coalition forces, there may be an increased rate in the return of foreign fighters and their families from the region to the EU or to other conflict areas.

Counter-terrorism experts expect that IS will start planning and dispatching attacks from Libya.

Modi operandi employed in Syria and Iraq, such as the use of car bombs, extortion and kidnappings may be employed as methods of attack in the EU.

The apparent preference for soft targets means that attacking critical infrastructure such as power grids and nuclear facilities is currently not a priority for IS.

Elements of the Syrian refugee diaspora may be vulnerable to radicalisation once in Europe and may be targeted by extremist recruiters. Given that it is in the interests of IS to inflame the migration crisis to polarise the EU population and turn sections of it against those seeking asylum, some infiltration of refugee camps and other refugee/migrant groups is likely.

Contacts between terrorists and career criminals are generally of a very pragmatic and opportunistic character and for very specific purposes only. However, the relative incidence of such cases in which there are connections appears to have increased. Typically this is because terrorists are known for previous criminal activity and/or because they make use of organised crime networks in the preparation of attacks, e.g. to obtain false identity documents and/or firearms.

What should not be overlooked is that IS is not the only terrorist organisation with the intent and capability to carry out attacks against the West, or to inspire individuals and groups residing in EU Member States to do so. Al Qaeda and/or Al-Nusra affiliated or inspired groups and individuals continue to pose a serious threat to Member States of the EU and to Western interests in general.

Picture: Cover of the Changes in Modus Operandi of IS revisited report

MI6's Alex Younger, Chief of the Secret Intelligence Service (or M is you are a fan of Bond movies) has been in post for just over two years. The Service has never...

ŌĆŗA security boss has been found guilty of defrauding security operatives deployed at Heathrow and Tesco. Meanwhile the SIA has carried out a licence check blitz and two...