Is Serco Losing its Way in Scotland? 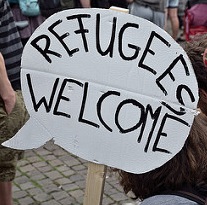 The care of asylum seekers in Scotland has come under the spotlight following allegations of a Serco subcontractor failing to meet obligations under the Compass contract with the Home Office.

Serco has had the £175 million deal from the Home Office since 2012 and it involves approximately 4,600 asylum seekers in Glasgow, housed in 1,860 properties but where the company had subcontracted the contract to Berkshire based Orchard & Shipman.

The contract is supposed to come with strict guidelines under the Commercial and Operational Managers Procuring Asylum Support Services (Compass) but reports in the media have talked of ill treatment, insensitive behaviour where asylum seekers saw themselves prone to racist attacks.

In its defence Serco states that before being made available for asylum seeker use, every property is approved by Glasgow City Council and before any new resident moves into a property it is inspected by a professional housing officer. To assure that standards are being maintained, each property is then inspected every 28 days; in addition 20% of the properties are also inspected every month either by the Home Office or by Serco in an audit role.

After recently giving better than expected financial results for the Group, Rupert Soames, its CEO, must have felt he was being dragged back to the mire the company had found itself in recent years.

“We care deeply about the welfare of the 4,600 often vulnerable people we are looking after in Scotland,” asserted Soames. “We have investigated every allegation that has been made and have found no evidence of mistreatment and in some cases the stories were overblown or untrue. We have a fantastic team in Scotland providing an outstanding level of care, often in difficult circumstances and there is no evidence that our people are treating asylum seekers badly. I am sure we do make mistakes from time to time but where we do, we will ‘fess up’ to them and work hard to fix them.”

The reality from what is reported to the Serco boardroom seems to be different from what is reported in Glasgow. Development worker Owen Fenn, Govan and Craigton Integration Service, explained what he had found when interviewed last year by Scotland’s Daily Record: “In my experience Orchard & Shipman demonstrates an incredible amount of arrogance. The welcome pack and occupancy agreement which is a contractual obligation for it to provide, is only available in English and has been for two and a half years. People are being asked to sign a document they don’t understand, agreeing to this standard of accommodation. This has been highlighted but nothing has been done.”

The pressure on Serco was increased this month when SNP Group Leader Angus Robertson asked the Prime Minister in the House of Commons: “The Scottish Refugee Council wants the Home Office to commission an independent inquiry into claims of substandard housing and dehumanising treatment of refugees. Will the Conservative Government commission it?"

“If the Scottish Parliament wants to carry out those investigations, of course the UK government will co-operate with that,” replied Prime minister Cameron. “We must ensure when we take people in that they are properly housed and looked after, and that their children are schooled, because that is the sort of generous country we are.”

Picture:    Are we all in this together if you’re a refugee in Glasgow? is a question being posed after criticism of Serco’s contract with the Home Office was continued to be made