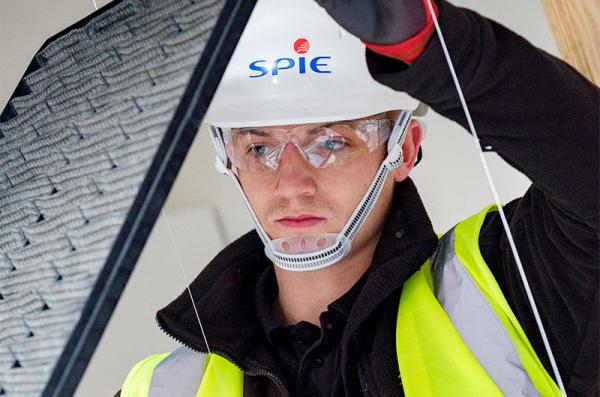 SPIE UK has completed a contract to refurbish the 6th floor office space at BT Lancaster House in Liverpool. Working as Principal Contractor, the refurbishment scheme, which included fabric, M&E and fire alarm works, has transformed the space to accommodate 76 workstations, meeting and training rooms as well as a staff welfare space.

This fast track, eight-week contract, carried out in a ‘live’ environment and involving artisan trade personnel, extends a long-term relationship with BT and adds to a portfolio of works with the customer, including a previous refurbishment scheme back in 2015.

Operationally, these works had to overcome significant challenges due to its prime city centre location. This meant that co-ordination of site access and egress had to be carefully planned and managed due to the sensitivity of the site in terms of security and noise, with regular meetings held with FM staff and relevant management personnel to ensure that works didn’t have an impact on day-to-day operations.

To carry out essential tasks including mains power cabling from the basement to a new distribution system on the 6th floor, shut downs of essential services as well as road closures, SPIE’s teams needed to work out of hours.

Picture: SPIE UK has completed a contract to refurbish the 6th floor office space at BT Lancaster House in Liverpool

The last Concorde ever to have been built - and thus the last ever Concorde to take to the skies - is to go on show at  Aerospace Bristol, a new and massive museum...