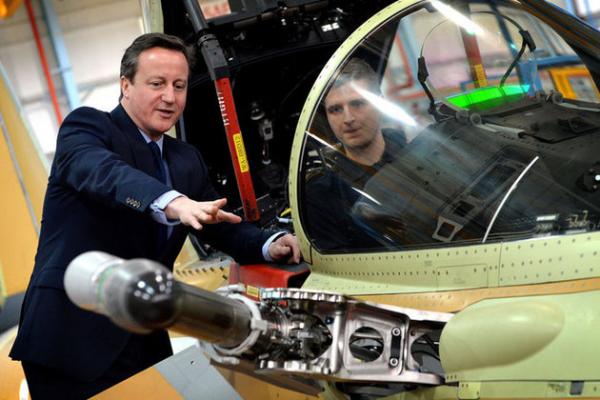 Prime Minister David Cameron has outlined a package of plans to increase the number of 'quality' apprenticeships across England – from nuclear engineers to tailors and butchers – and give businesses a say on how they are run and what they offer.

Employers across the country have been asked for their views on the introduction of an apprenticeship levy – set to be introduced in 2017 and designed to increase investment in training and apprenticeships.

Other steps outlined today, which form part of the government’s pledge to support 3 million apprenticeships by 2020, include a requirement to take a company’s apprenticeship offer into account when awarding large government contracts and publishing new ‘industry standards’ so that apprentices have the skills that companies need.

Transport Secretary, Patrick McLoughlin, has also announced an ambition to boost apprenticeships across the road and rail industry – pledging 30,000 apprenticeship places in the sector during the lifetime of this Parliament, with help from a transport strategy led by Terry Morgan, Chairman of Crossrail.

We are committed to supporting 3 million quality apprenticeships over the next 5 years – to help strengthen our economy, deliver the skills that employers need and give millions more hardworking people financial security and a brighter future.

Skills Minister Nick Boles said: "Skilled people are the lifeblood of a strong economy but for too long UK businesses have invested too little in developing their employees’ skills to meet the demands of a competitive, global market. The apprenticeship levy will ensure that businesses invest in skills and training and will act as a much needed shot in the arm for the country’s productivity."

The amount that UK businesses have invested in training has fallen consistently over the last 20 years and UK productivity now lags behind other major Organisation for Economic Co-operation and Development countries.

Employers are now being urged to give their views on plans for an apprenticeship levy to boost investment in apprentices and skills training and make sure it meets their needs. Under the proposed approach employers who put in funds will have direct spending power over it.

Levy systems already operate in over 50 countries, including Netherlands, Denmark and South Korea, and will ensure every larger company plays their part in investing in the future generation of apprenticeships. The levy will help cement the government’s aim to build a world class apprenticeship system, led by employers.

A full consultation on the implementation of the levy is now open.

In the latest of a series of steps to drive up the quality of apprenticeships, 59 new apprenticeship standards developed by 'Trailblazer' groups of employers and businesses have been approved. The first eight trailblazers began in October 2013 and there are now over 140 Trailblazer groups that so far have collectively delivered or are in the process of delivering, over 350 standards.

The 5% Club is a business-led network of employers who commit to getting at least 5% of their workforce on apprenticeships and training schemes within 5 years. The network is growing in popularity with the 100th member – Sellafield recently joining other leading employers such as KPMG, Vision Express, CBI and Kier which together train around 36,000 young people.

Picture: Prime Minister David Cameron plans to increase the number of 'quality' apprenticeships and give businesses a say on how they are run