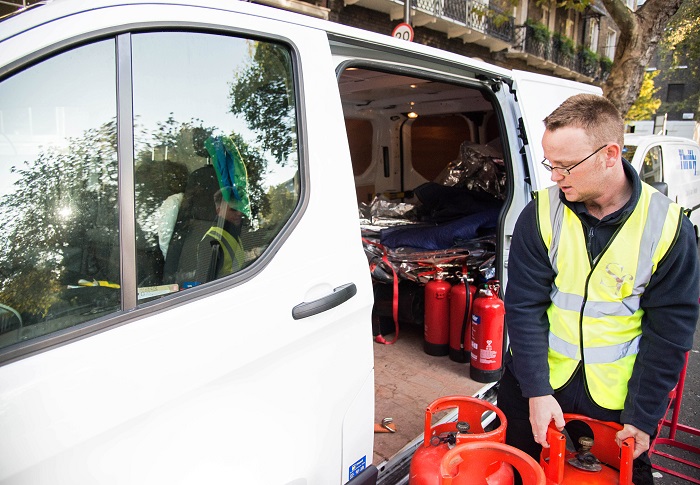 A real-time dynamic delivery management and routing solution from Maxoptra is helping one of the UK's main pest control businesses control its mobile operations; reduce costs and improve customer service.

J G Pest Control (JGPC) is using the cloud-based system with GPS tracking and mobile app to co-ordinate and respond to around 9,000 incidents a month.  Using Maxoptra, JGPC has greater visibility of its field technicians and can respond, in real time, to rapidly changing service demands.

Thousands of households and commercial clients are serviced by JGPC, including Tesco, McDonalds and Holiday Inn; offering a range of services from bed bug eradication to rodent extermination. Operating a nationwide fleet of 60 technicians, JGPC provides routine service visits and emergency call outs for the UK mainland.

“Many of our customers come to us having tried both the one man bands and the huge corporates,” commented James Gale, Managing Director of JGPC. “As a successful, family run business we pride ourselves on being big enough to deliver yet small enough to care – in fact just like Maxoptra.”

JGPC began its transition from manual scheduling and route planning through an intermediary solution before selecting Maxoptra. Integrated with the company’s Customer Relationship Management (CRM) solution, Maxoptra is used to manage JGPC’s entire road based operation.  While a proportion of each day’s schedule is pre-planned the majority of jobs are emergency call outs resulting in constant changes with last minute adjustments, cancellations and new business.

Using Maxoptra JGPC can allocate a technician to a specific job based not only their location and availability but also taking into consideration other factors like skill set and existing schedules.  A cloud-based SaaS scheduling platform, Maxoptra builds complex service schedules in a matter of minutes.  A feature rich mobile app ensures the real time flow of business-critical information, including adjustments to the planned schedule, job completion reports, photographs, customer signatures and automatic ETA notifications.

“Using Maxoptra we have much better control of our mobile operations,” continued Gale. “We are making better use of our resources, with less time spent travelling, and we are reducing costs.  We also have greater visibility and can communicate arrival times, job sheets and other paperwork, automatically between the technician, customer and office.”