Knives Out at Westminster - Bombs in Oxford Street 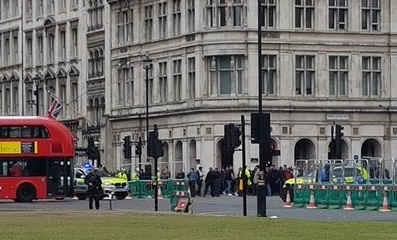 On Thursday 27, just before 2:30pm, police tackled and hauled a man to the ground near to Westminster and the Houses of Parliament. He was arrested for carrying a bag of large, sharpened carving knives and a serrated bread knife.

The Met police say he was caught having been under surveillance for some time.

The 27-year-old man was arrested in Parliament Street, junction with Parliament Square, by armed officers from the Met's Specialist Firearms Command.

He is being detained under the Terrorism Act and is in custody in a south London police station.

Detectives from the Counter Terrorism Command are continuing their investigation but have said despite the arrest, there is no immediate known threat. 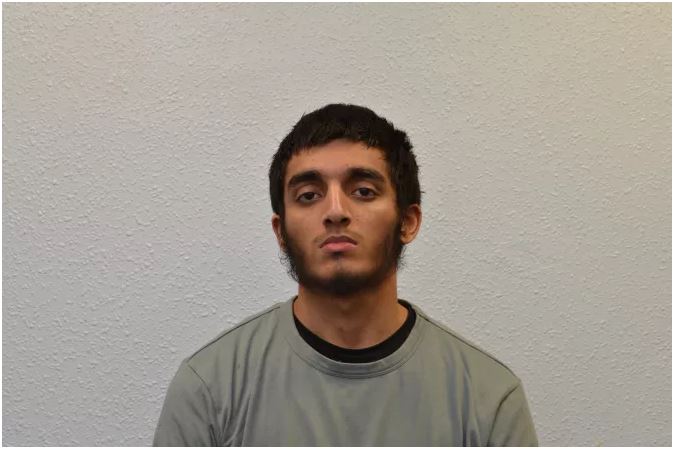 On the same day, Thursday 27, a man whose pin code for his phone was ISIS, pleaded guilty at the Old Bailey to terrorism offences.

Haroon Ali Syed (pictured above), 19 from Hounslow, pleaded guilty to preparing for acts of terrorism between 12 April and 9 September 2016. He was remanded in custody to appear at the Old Bailey on Thursday, 8 June for sentencing.

Syed admitted trying to get a machine gun, handguns, suicide vest and bomb but when he couldn’t raise any finance through loan applications, settled on trying to source a bomb, with a special request for it to be packed with nails so he could detonate it in a crowded place such as Oxford Street.

When information was received by the authorities about Syed’s change of behaviour, MI5 and the Metropolitan Police Service began an investigation. The investigation quickly established that Syed was plotting an attack in the UK and officers went to his home in Hounslow and arrested him. They seized all of his electronic equipment which later supported the case against him.

Commander Dean Haydon, MPS Counter Terrorism Command, said: “This is a prime example of how important the public are. It was information we received in respect of Syed’s change of behaviour that meant we looked at him and our close working relationship with MI5 ensured that we uncovered his plot to kill and mutilate innocent members of the public.”

Two other men arrested at the same time were later released with no further action.

"Given the horrors in London of a few short weeks ago, I wanted to reassure the public that our increased activity to combat terrorism over the last two years continues - both by police and security services. Activity continues around the clock to identify and stop these threats and we are making arrests on a near daily basis.

"So – to yesterday’s events.

"In Whitehall, a 27-year-old man was arrested by armed officers from the Met's Specialist Firearms Command, who stopped and searched him as part of an ongoing counter terrorism investigation.

"He remains in our custody having been arrested for Terrorism Act Offences and possession of offensive weapons and there are two ongoing searches at addresses in London as part of that investigation."

"In our second and unrelated investigation," continued Deputy Assistant Commissioner Neil Basu. "Last night at just before 7:00pm, our highly trained firearms officers carried out a specialist entry into an address on Harlesden Road (between Harlesden and Willesden)  that we had under observation as part of a current Counter Terrorism investigation.

"An armed entry was necessary due to the nature of the intelligence that we were dealing with and involved armed officers firing CS into the address.

("As is routine we have informed the Independent Police Complaints Commission.)

"In total six people have now been arrested in connection with that investigation - five at or near the address and one in Kent.

"The two further arrests were made when a man and a woman - both aged 28 - returned to the address later last night.

"Searches are ongoing at three London addresses - including Harlesden Road - as part of this investigation. Due to these arrests that we have made, I believe that we have contained the threats that they posed.

"With the attack in Westminster on 22 March so fresh in people’s minds, I would like to reassure everyone that across the country officers are working round the clock to identify those people who intend to commit acts of terror.

"After that attack, we increased the number of officers on duty patrolling at key locations - and that continues as we police against the backdrop of a severe terrorist threat."

Deputy Assistant Commissioner Basu went on: "There are constant acts of immense bravery by officers - armed and unarmed - those that the public see when our officers run towards danger, just like yesterday but a huge amount of unseen work that the public will never know about from us and our brilliant security services.

"I would also like to thank the public for their continued help and support. No matter how hard we try it is communities that will defeat terrorism and we rely on your vigilance. Please continue to let us know of any suspicions or concerns you may have. No call is ever a waste of our time and every call is treated seriously and confidentially and investigated."

Picture: Parliament Square shortly after a man was arrested for carrying offensive weapons

What is being described as an active terror plot has been foiled after police intervention saw one woman shot at a London address and six people arrested. At the time...